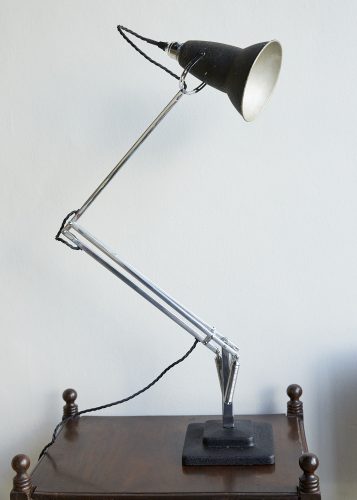 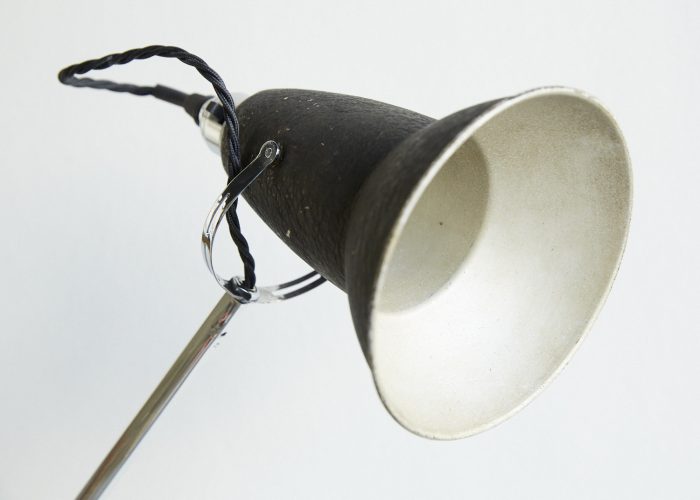 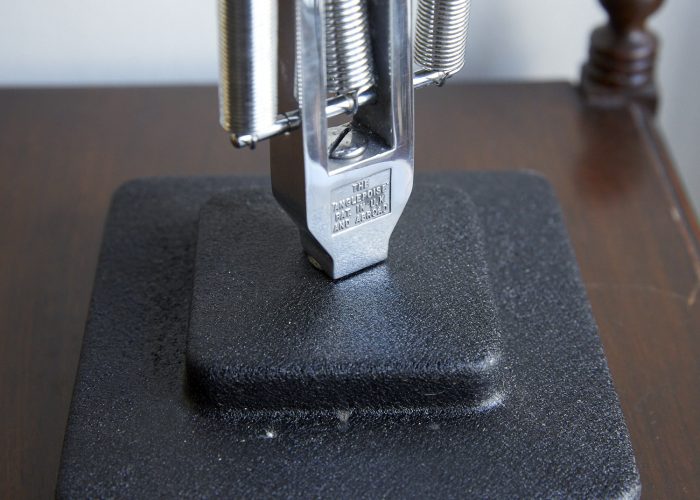 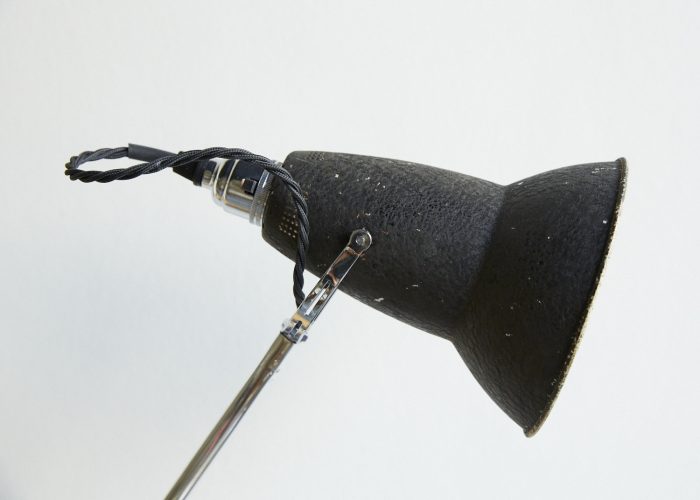 A refurbished 1950s Type 1227 Anglpoise lamp, the model mostly often associated with the Anglepoise name, manufactured by Herbert Terry & Sons, Redditch, the base and perforated shade in a painted black “crinkle” finish with a polished aluminium arm. Wired and earthed with braided flex.

A British design icon developed by automotive engineer and design consultant George Carwardine in 1932, whilst developing new concepts for vehicle suspension. A couple or years later, in order to meet demand he partnered with the Terry Spring Company and successfully patented the Anglepoise. Despite its success, the initial four-spring design was deemed too industrial in its appearance, so in 1935 the range was expanded to include the new lighter, three-spring model 1227 Anglepoise.