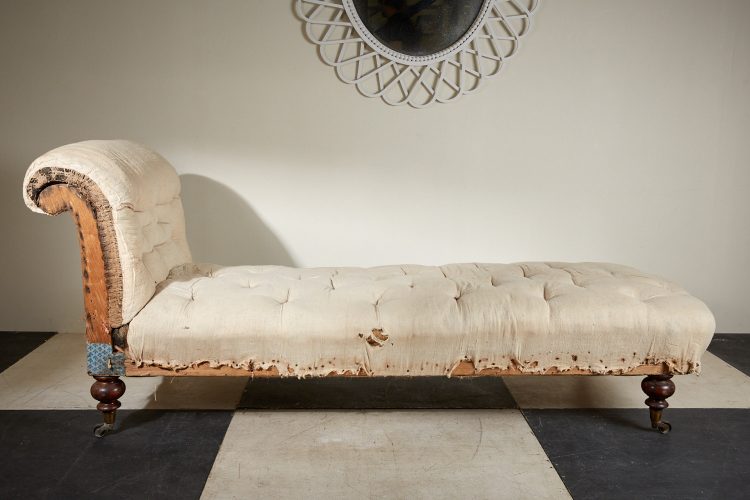 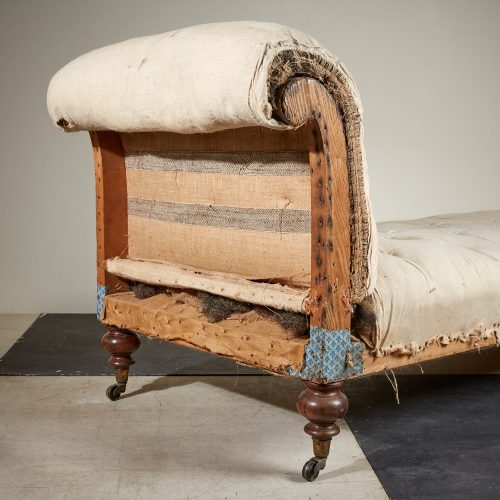 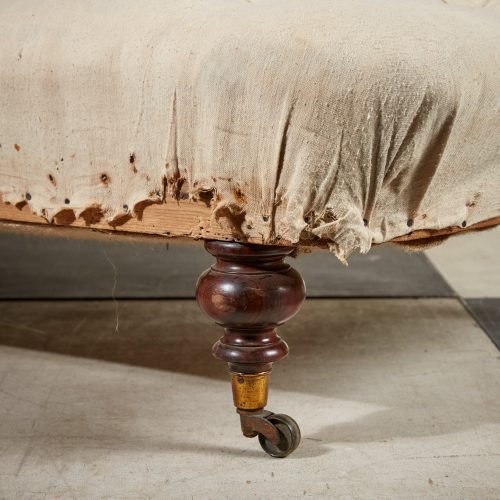 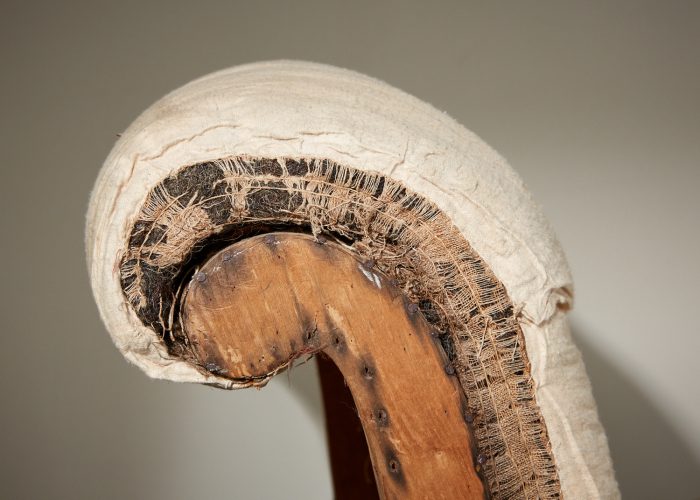 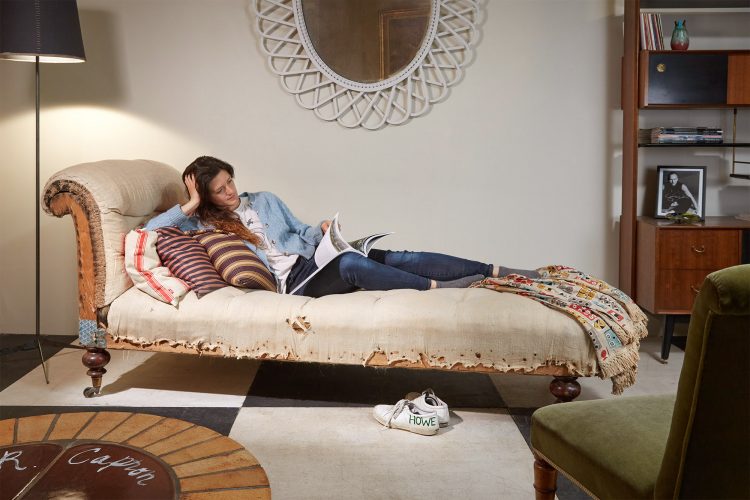 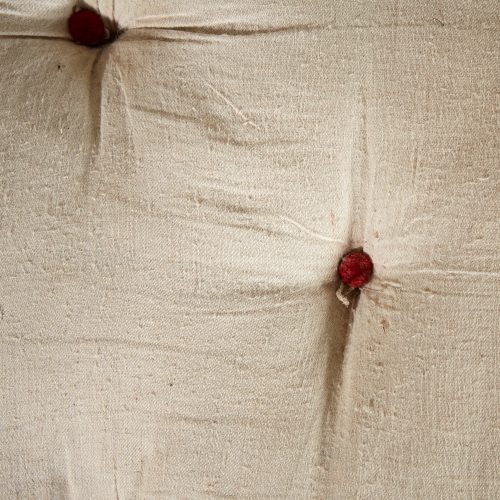 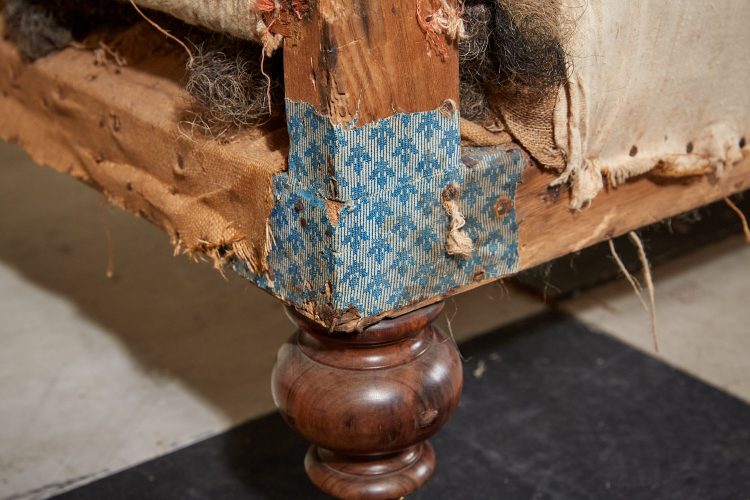 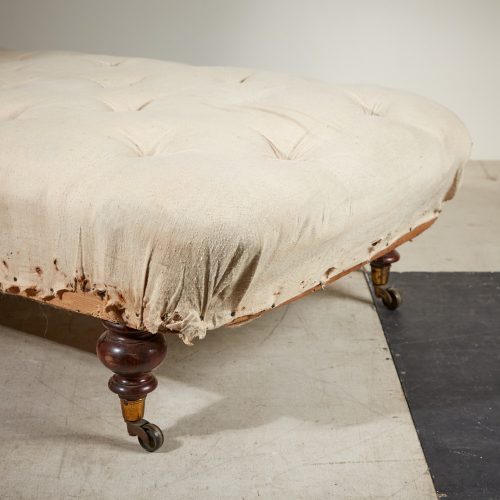 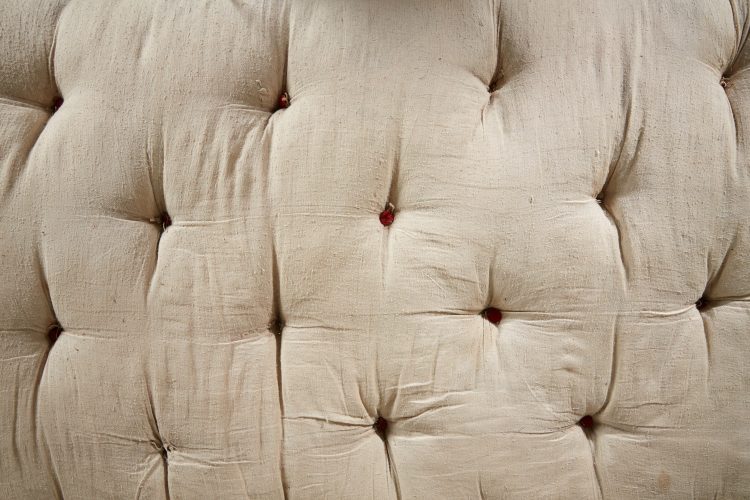 A Vast Daybed from Fonthill Abbey

A late Regency deep-buttoned daybed of extravagant proportions, probably by Holland and Sons, from the infamous Fonthill Abbey – also known as Beckford’s Folly. The outswept scrolling back and deeply sprung seat retaining its original horsehair upholstery, standing on boldly turned mahogany legs with original brass cup castors. In (what I would regard as) perfect original condition, ready to be reupholstered. English, circa 1820

Fonthill Abbey was the brainchild of William Thomas Beckford (1759-1844), the notorious C19th novelist and eccentric. The Abbey was one of the most remarkable houses ever built in Britain. Beckford was fabulously wealthy and newspapers at the time described him as the ‘wealthiest commoner in England.’ James Wyatt (1746-1813) was commissioned to design his new house and merrily looted medieval England for ideas and inspiration. However, the scale of his building was immense and the house soon gained celebrity status, with the phenomenal 225 foot high tower at its heart, based on Ely Cathedral’s octagon.

The cost of building Fonthill Abbey was enormous and in 1823, Beckford was forced to sell the abbey and most of its contents. This sale saved Beckford from suffering the consequences of Wyatt’s notoriously slack supervision of his buildings. The tower, built with completely inadequate foundations, collapsed in 1825. The ruins were cleared away 20 years later. All that remains of this extravagant Gothic fantasy is the surviving furniture, a gatehouse and a small remnant of the north wing. This rare surviving daybed or chaise long, captures some of what remains of Beckford’s wild imagination, long since now demolished.