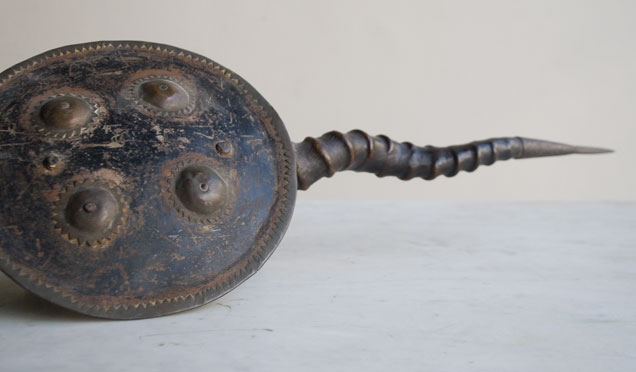 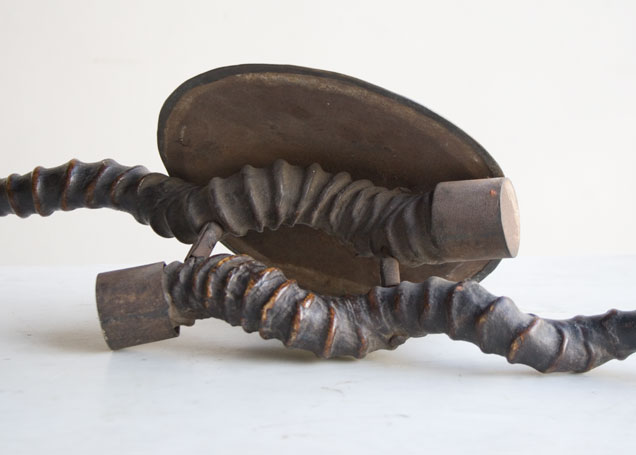 The shield (known as a Maduva or Maru) is a weapon from India with two Blackbuck or Antilope horns tipped with steel pointing in opposite directions connected by two crossbars which act as a handle, fitted with a small circular convex form steel buckler with four domed scalloped bosses on the shield front. Probably Northern India early 19th Century

The Maduva was primarily a defensive weapon favouring a low stance, in which the wielder strives to stay lower than the opponent thereby reducing any openings to the body’s vital points. Typically, the maru-wielder will block or parry attacks before countering with a thrust etc. Offensively the Maduva is treated like a dagger and used for stabbing.