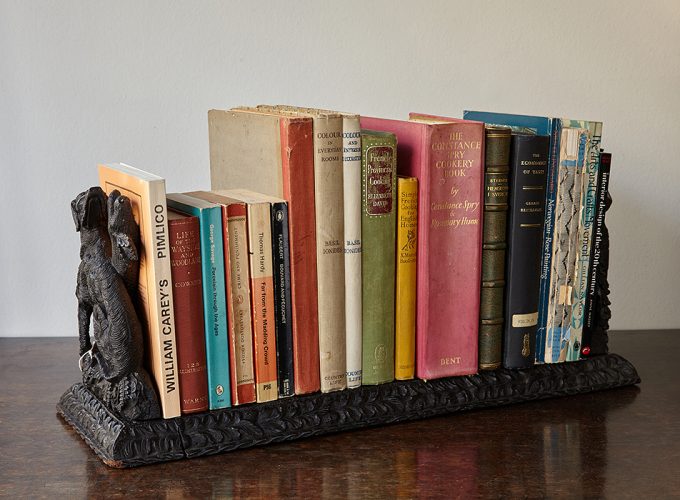 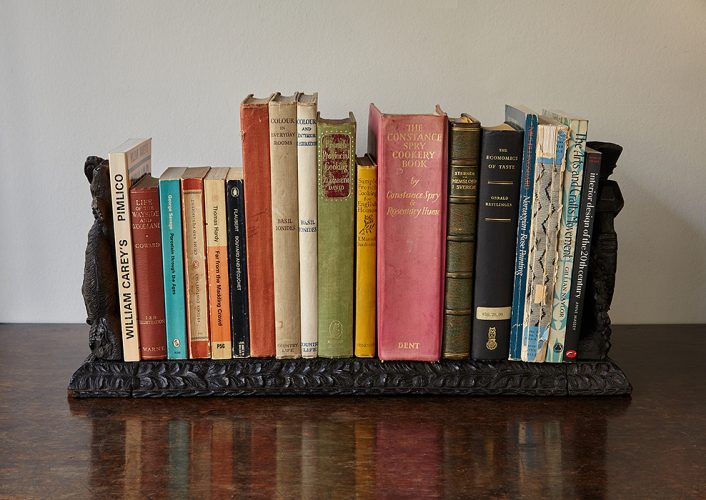 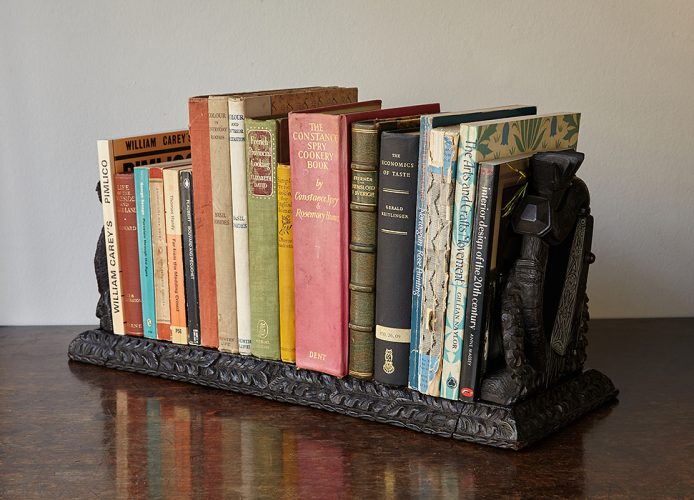 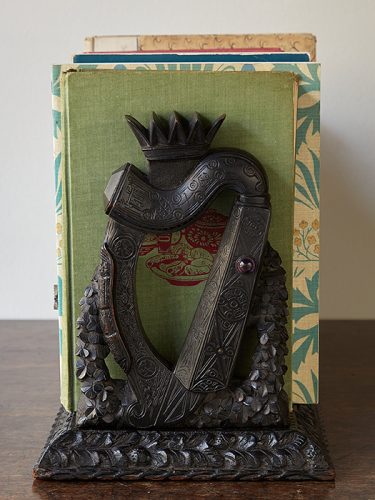 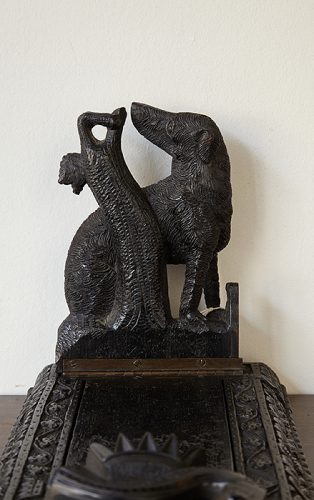 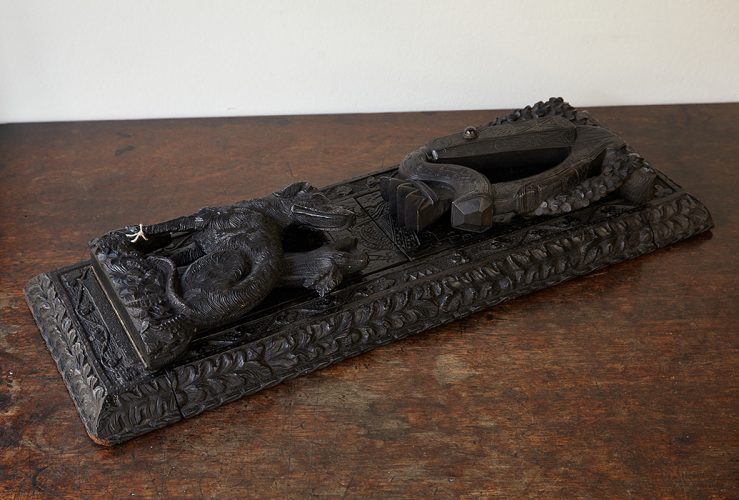 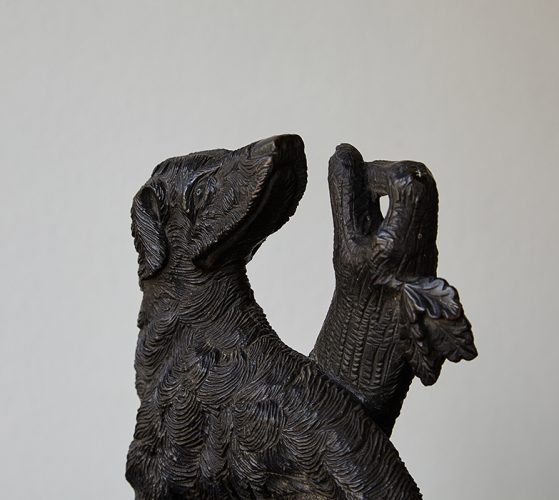 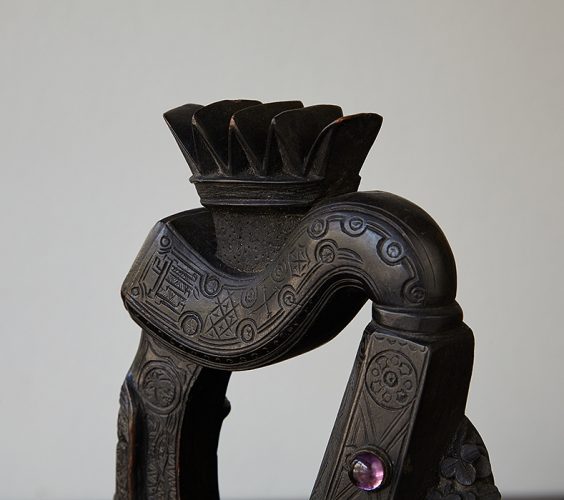 A Victorian Irish bog oak book slide, of outstanding character and condition, attributed to Cornelius Goggin. The sliding base intricately carved with a central relief depicting an Irish harp inside a profusely decorated border of trailing shamrocks, edged with oak leaves and acorns, with hinged folding bookends exquisitely and 3 dimensionally carved, an Irish Wolfhound seated beside a tree trunk at one end, a Ducal crowned Celtic harp mounted with with an Amethyst cabochon and surrounded by swathes of shamrocks at the other.
These motifs and symbols typify the 19th century Neo-Celtic style that reflected the growing fascination with Ireland’s ancient, cultural and artistic past, specifically characterised by of the work of Cornelius Goggin, who moved to Dublin in 1849, where he set up business in the city centre. Here he exhibited his work made from desirable materials such as bog oak and silver incorporating semi-precious stones as he has done beautifully on this piece. In perfect working condition. Irish, circa 1850.

Cornelius Goggin was a purveyor to her Majesty, Queen Victoria and his works can be found on display in the National Museum of Ireland.
Irish Bog Oak is a rare timber excavated from deep underground, usually as a by-product of turf cutting, or when bogland is drained for agricultural use. The wood has been preserved due to the un-oxiginated conditions of the bog, and is usually jet black in colour and very dense. Ireland, in the 19th century, had a thriving bog wood industry based in Dublin, with representation also in other main cities and tourist towns such as Killarney. It was a highly desirable material with pieces ranging from emblematic jewellery, book ends and candlesticks to intricately carved suites of furniture.