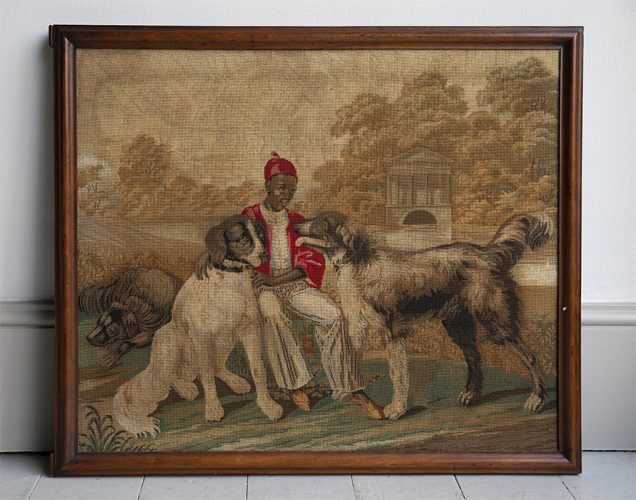 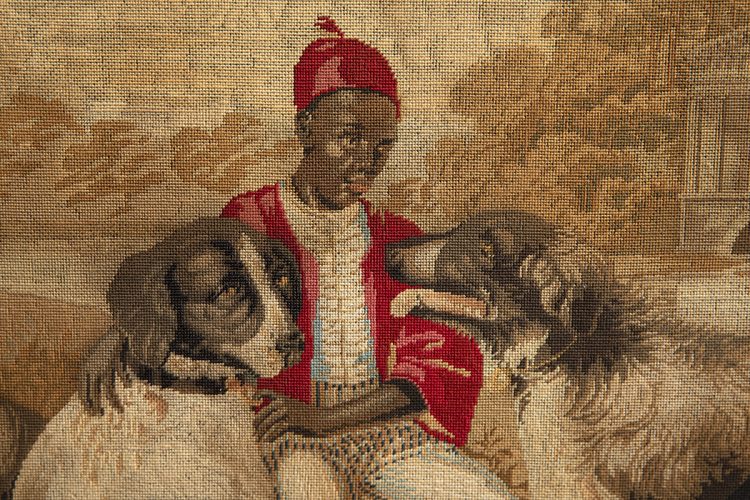 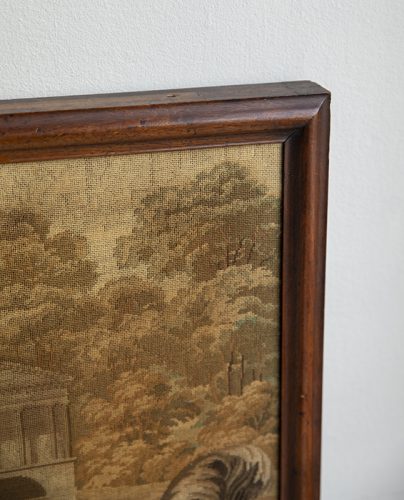 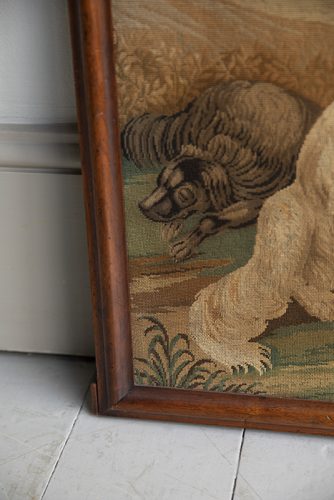 A English petit point needlework, depicting a black servant boy embracing two large English spaniels, with a third sleeping behind him, set in the grounds of a stately home with a lake and small neo-classical folly, a typical decorative subject in late 18th / early 19th Century often taken from famous painting of the time (research to do), re-backed and repaired in its original frame.