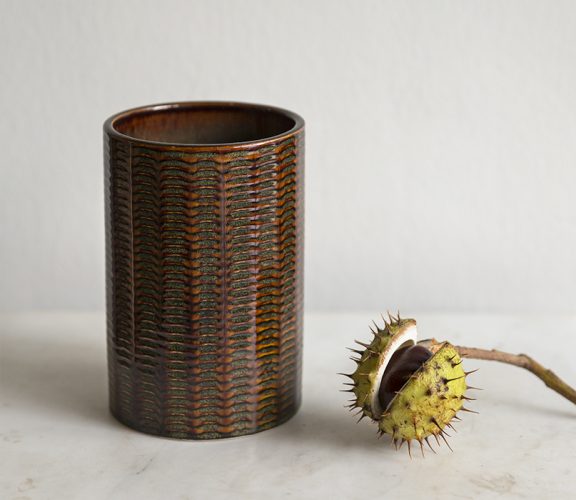 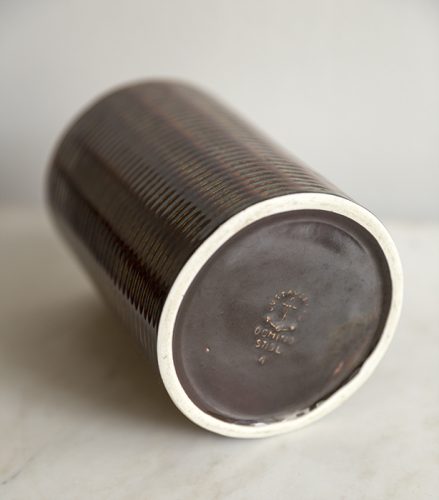 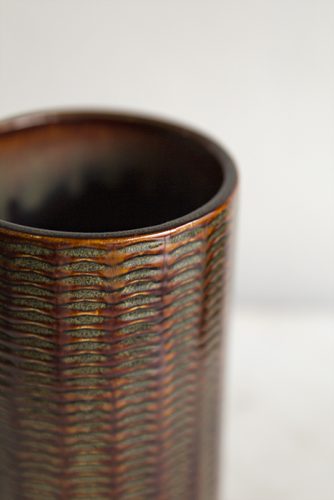 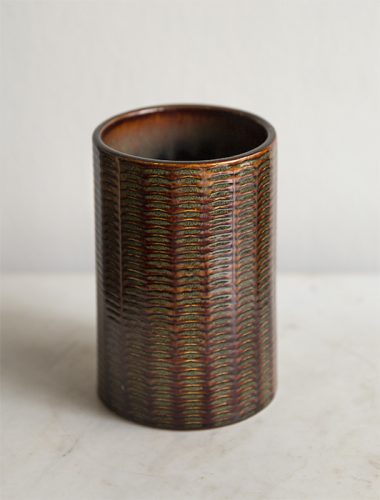 A cylindrical ‘Domino’ vase by mid-century Swedish designer Stig Lindberg, in a glossy reddish brown glaze with a canework relief pattern. The vase was designed as part of the Domino series in 1955, launched at the design exhibition ‘H55’ where Lindberg made his international debut. From Gustavsberg in Sweden, circa 1955