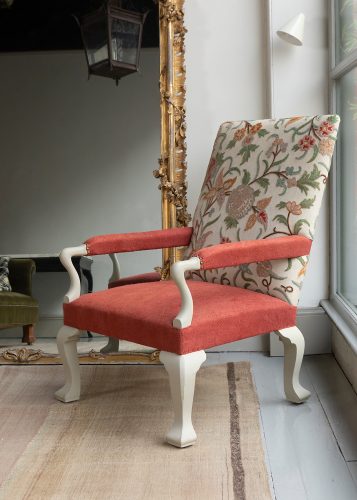 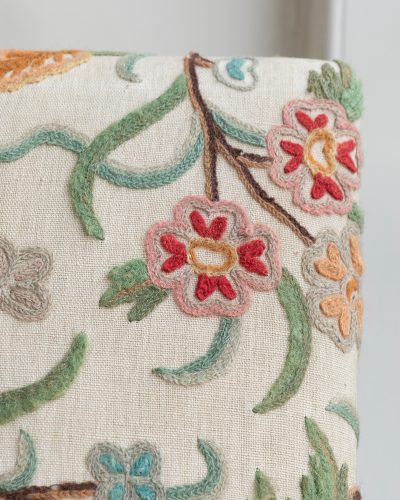 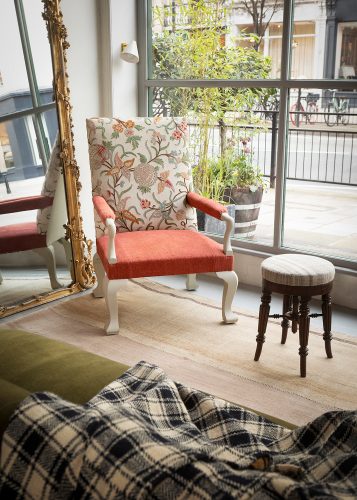 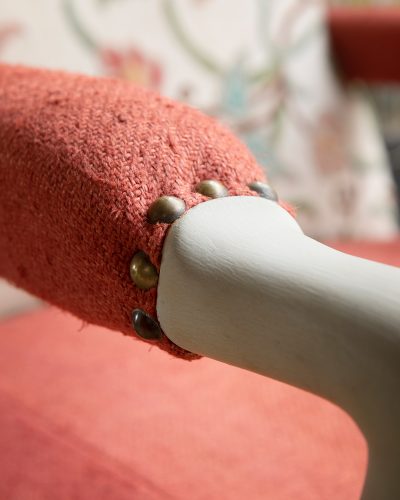 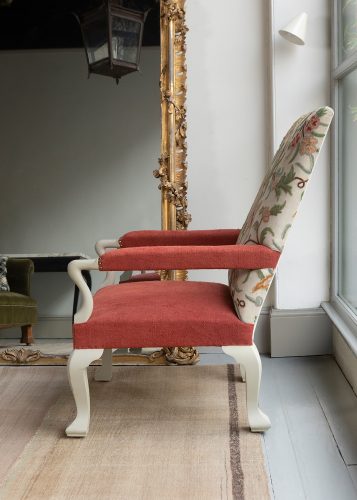 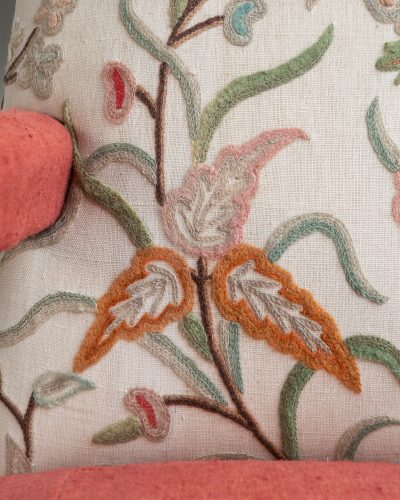 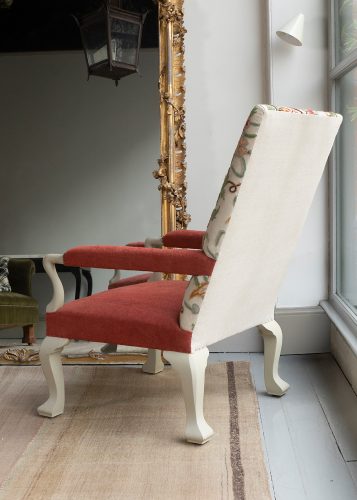 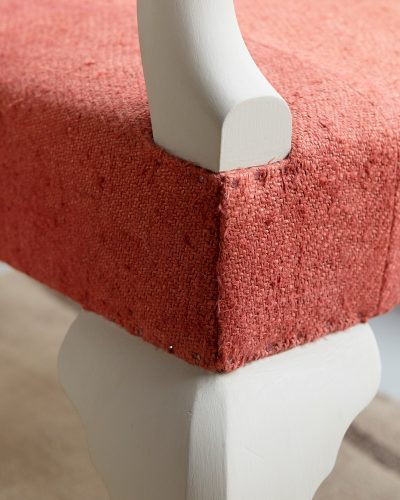 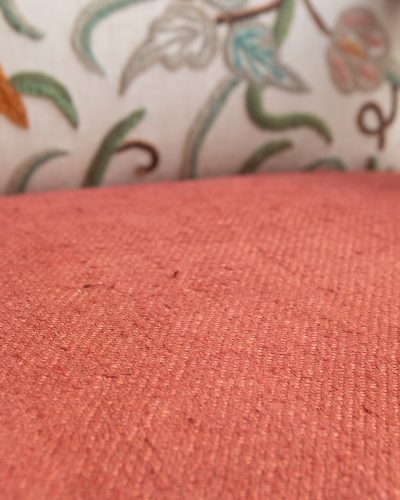 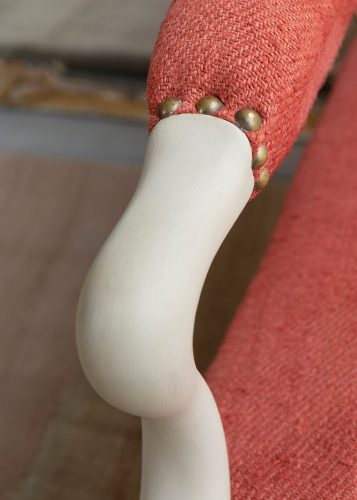 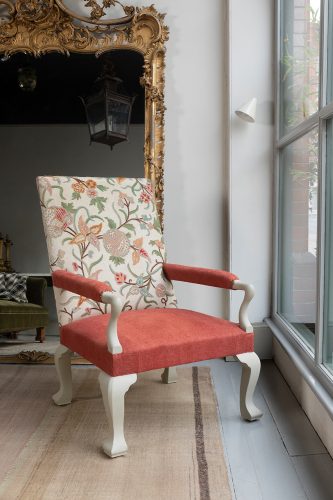 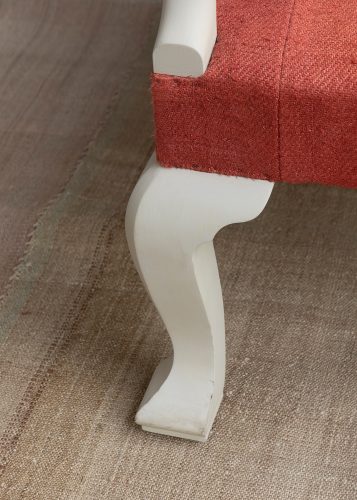 A respectful rendition of a traditional 18th Century Irish Gainsborough armchair. Incredibly comfortable, the original design is thought to be named after British portraitist Thomas Gainsborough, allowing his sitters a touch of indulgence when posing for long durations.

Traditionally hand made in one of our specialist British workshops, faithfully adhering to 18th century methods, constructed in beech, the ‘Shepherd’s Crook’ arms and cabriole legs painted cream, the high straight back and seat base upholstered using hand-stitched horsehair, the back covered in a 20th Century crewelwork, the seat in a hand dyed heavy herringbone weave linen. 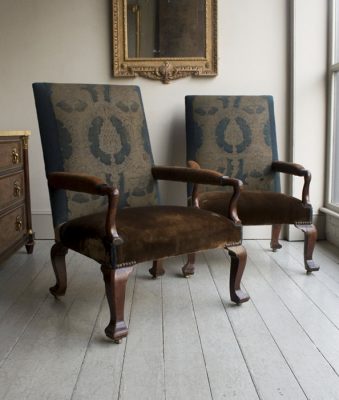 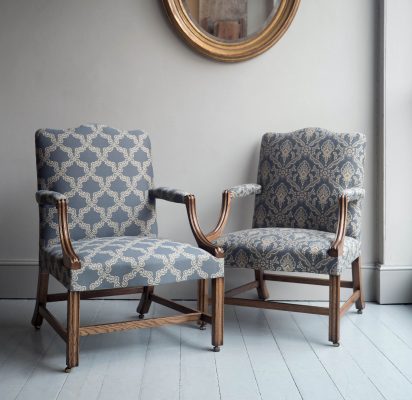 A Pair of Hogarth Chairs 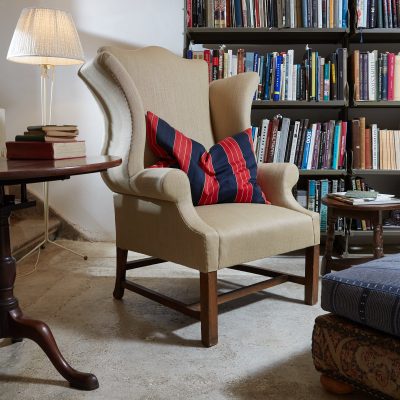