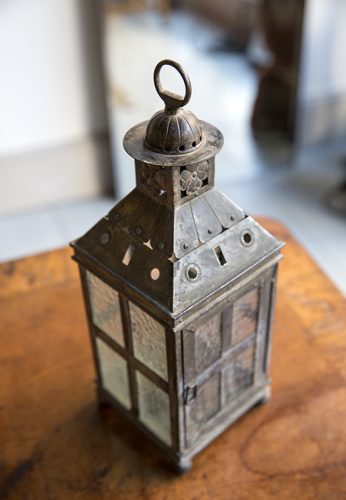 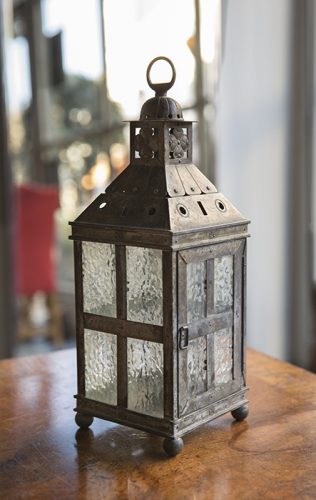 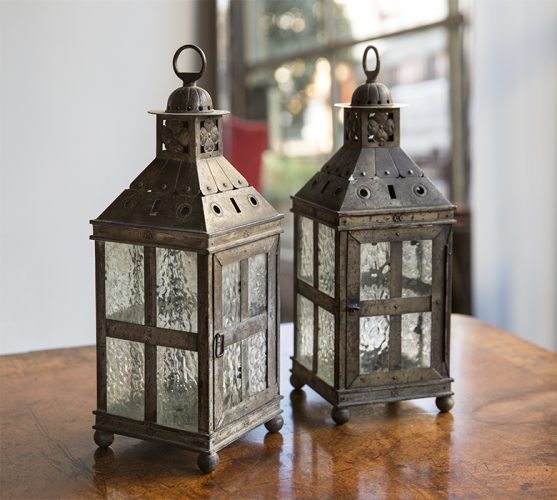 Pair of Lanterns from the WMF Workshop

A pair of hanging or table lanterns of a very attractive small scale, their form appears to be styled on early Italian architecture, the four textured glass panels are raised on ball feet and sit below a sloping roof with dome capped square turrets, each side centered by a heraldic rose and pierced with window apertures, a hinged door opens to reveal a candle holder, however the turret has a small original hole to facilitate electrification if desired. Bearing the stamp ‘WMF’.

The WMF stamp found on these lanterns was introduced in 1909 and used until 1925. The WMF Workshop (Würtemburgische Machin Fabrik AG) was originally founded in 1853 in Geislingen an der Steige, Germany. In 1880 after the successful merger of two Wurtemberg foundries: the Geislingen factory belonging to Daniel Straub (Straub & Sohn) and the Esslingen factory of Alfred Ritter (A. Ritter & Co.) it became famed for manufacturing decorative metalware.