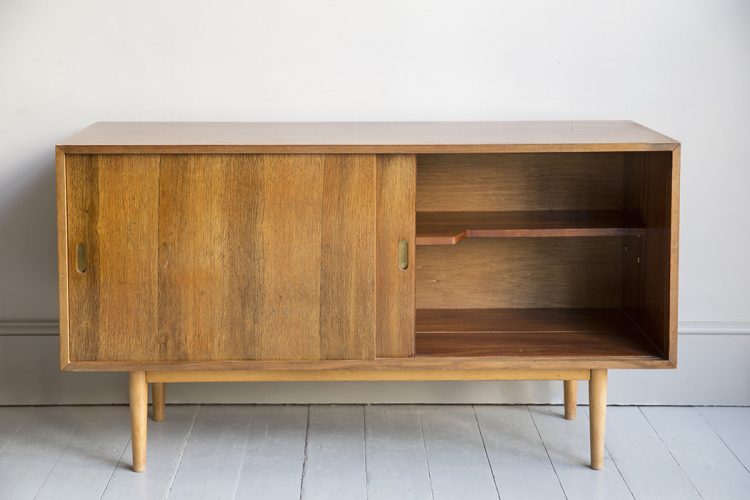 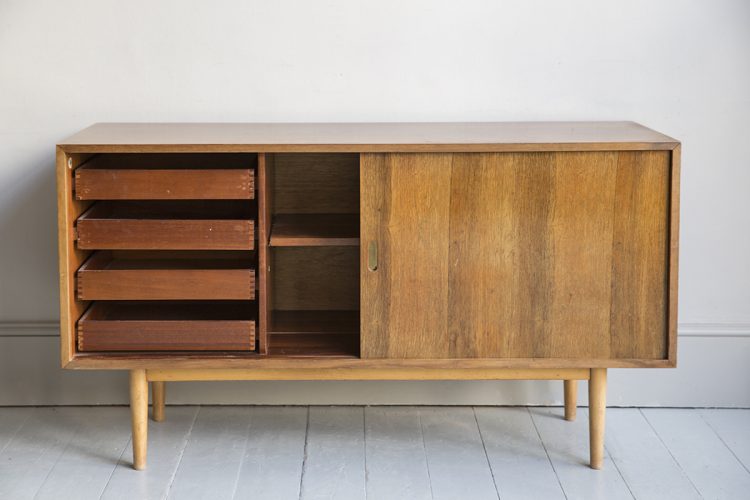 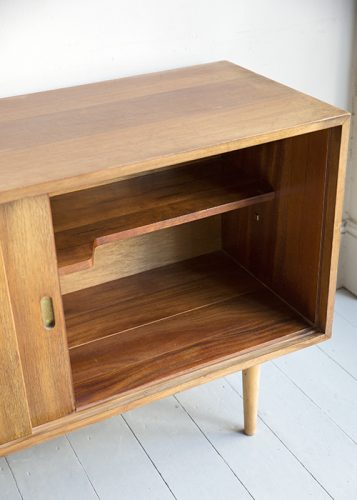 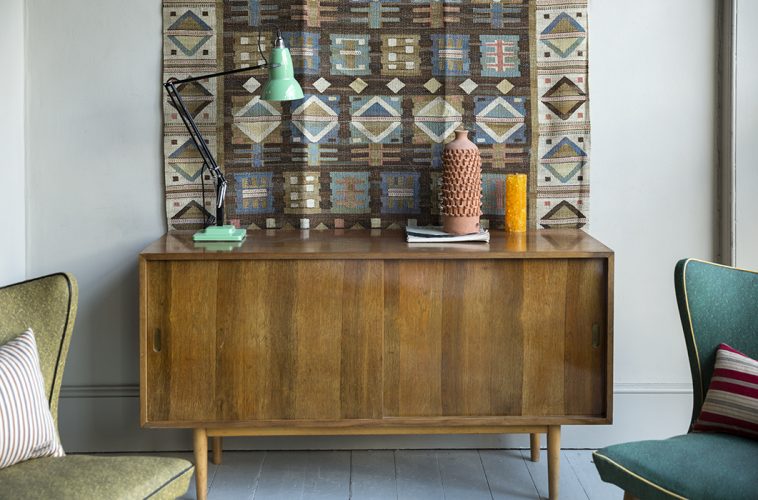 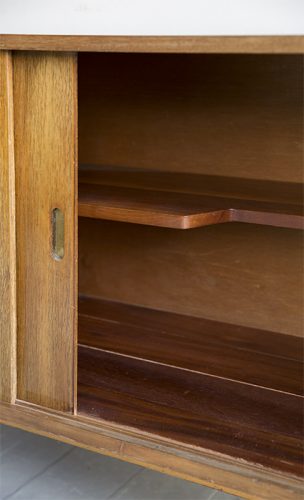 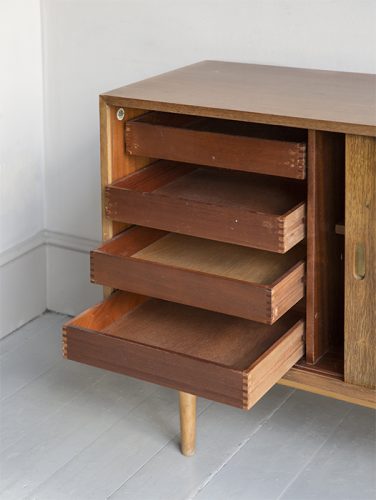 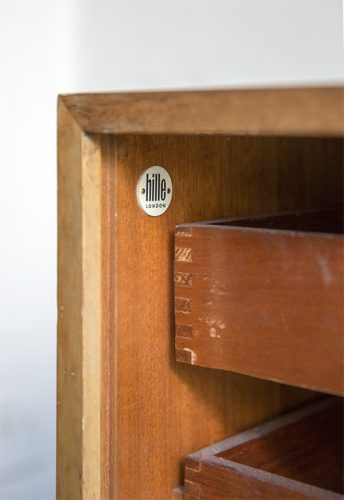 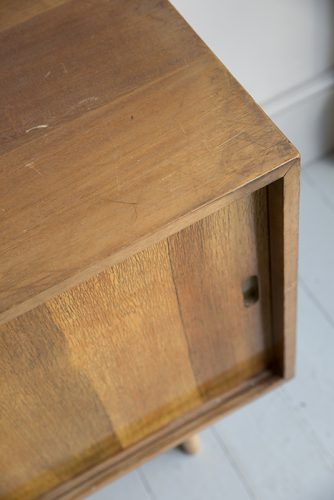 A pair of ‘Unit L’ sideboards from the Interplan range by Hille, designed by the leading British furniture designer of the Post-War era, Robin Day. A mahogany carcass with flat-panelled bleached rosewood sliding doors, the interior featuring an adjustable shelf and four drawers also in mahogany, raised on beech legs, English c.1954.

Hille was founded in the East End of London in 1906 and initially specialised in high quality reproduction furniture in the revived Queen Anne and Georgian Styles, supplying furniture to retailers such as Maples and Waring & Gillow. They would survive the world wars by repairing bomb damaged furniture and continuing to produce reproduction pieces, but as the C20th progressed and the importance of a move towards modernity and functionality like their contemporaries, such as Knoll and Herman Miller, the firm looked to move away from historic revival pieces and move into the modern market.

Robin Day was initially approached by Hille along with Clive Latimer, following their success in the Low Cost Furniture Competition, he was asked to design a range of dining room furniture that would help lead the company in the direction of modern interiors. His designs were featured various exhibitions and were met with unprecedented success. Day would go on to design the Hilleplan Range in 1952, a fully standardised storage system that would consist of number of different cabinets and drawer units (labelled A-J) that were designed on a modular system and could be combined and aligned according to requirement and preference; it was this approach that would see Hille become a leading name internationally for their progressive and functional designs. The Interplan range would succeed the Hilleplan range in 1954 and consisted of 14 cabinets identified K-Z.

The clean-lined simplicity of Robin Day’s designs for domestic furniture were distinguished by they fact they were offered in the form of flexible ensembles, rather than fixed suites and on being asked to give interior design advice he urged clients to be pragmatic in furnishing their homes: “The essential thing is not to be badgered by convention. Don’t be ruled by what your friend has got – or what your parents have always had. Buy what you need. And don’t be afraid to look different.”