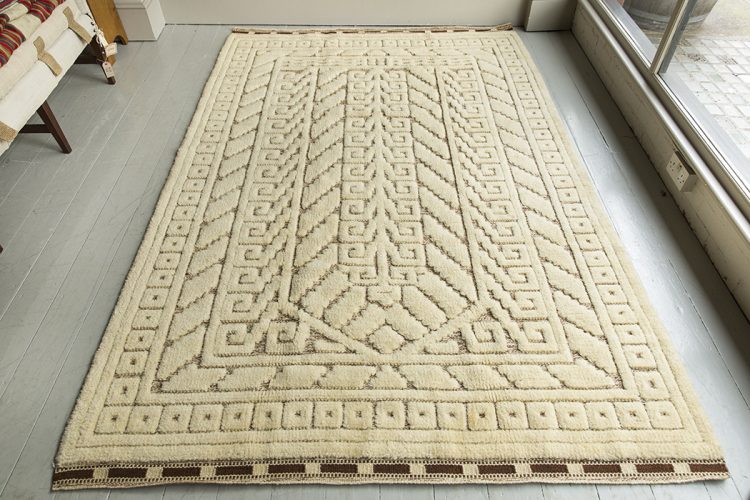 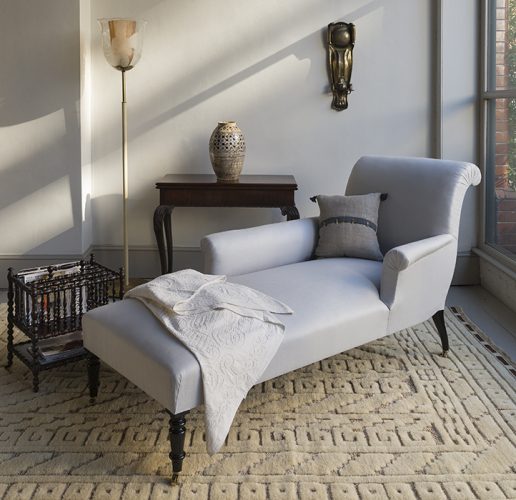 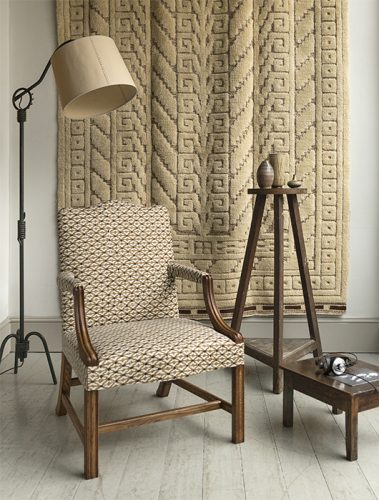 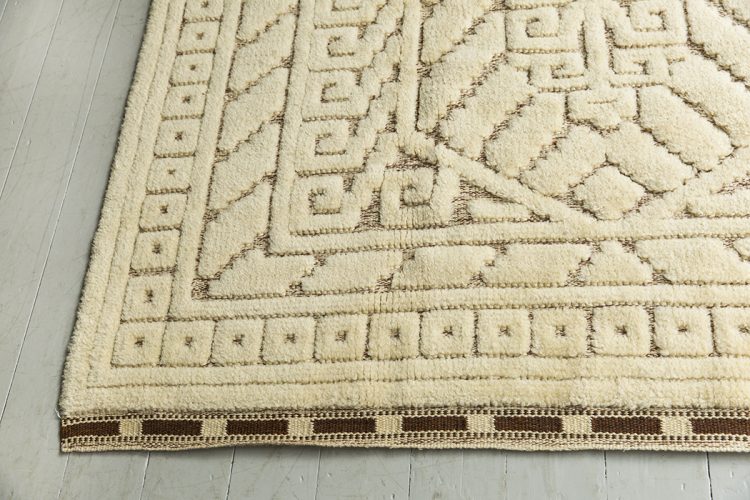 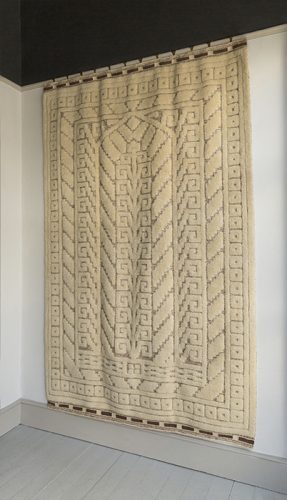 This half-pile or ‘halvflossa’ kilim was designed by Sweden’s most celebrated textile artist and master weaver: Märta Måås-Fjetterström. A relief design in ivory yarn on an off-white and brown ground depicts an arch surrounded by various geometric and Greek key motifs, drawing upon the aesthetic of texture and exploring the play of surface over colour.

Designed and woven in 1934 in the workshop of Märta Måås-Fjetterström in Båstad, Southern Sweden, this carpet is in remarkable condition and made from exceptionally high quality wool. The design, which translates to mean ‘Gothic Portal’ is reminiscent of Islamic prayer rugs whilst remaining contemporary with the source of inspiration transposed into an ordered and relatively restrained pattern; a piece intended to feature in a minimal Swedish Modern interior.

The use of monochrome half-pile is just one example of the innovative approach that Marta Maas-Fjetterstrom took to traditional weaving methods, experimenting also with materials such surplus overalls combined with linen knotting and taking design inspiration from the organic forms used in the peasant and folk art of rural Sweden. After seeing her work exhibited at the Paris Exhibition of 1925, British textile manufacturer James Morton expressed his enthusiasm for Måås-Fjetterström’s work, remarking that: ‘It is worth getting a specimen of everything fresh she does.. she is a creative poet working in new materials’