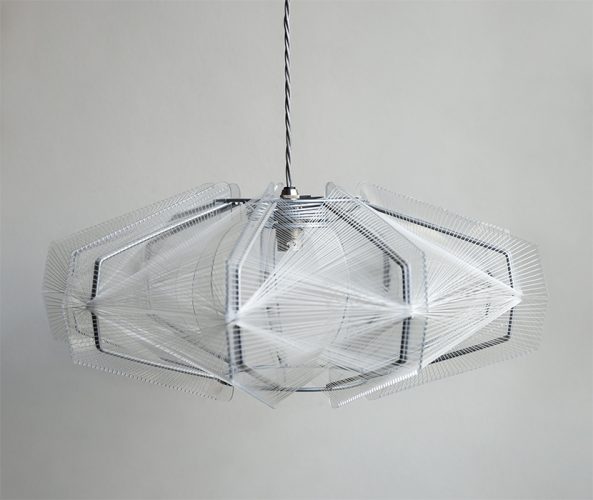 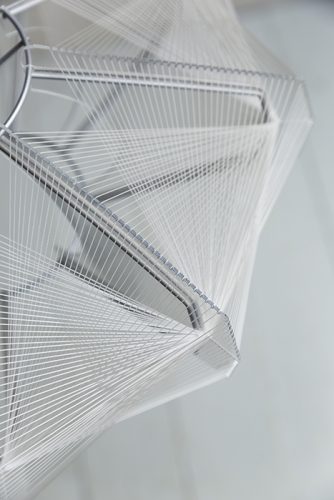 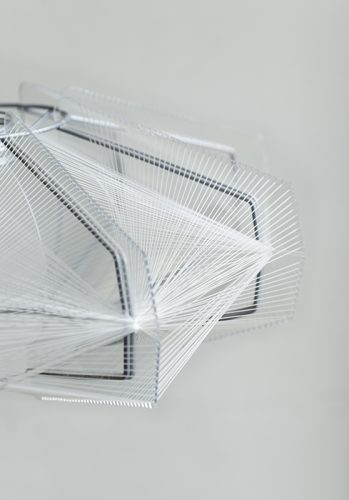 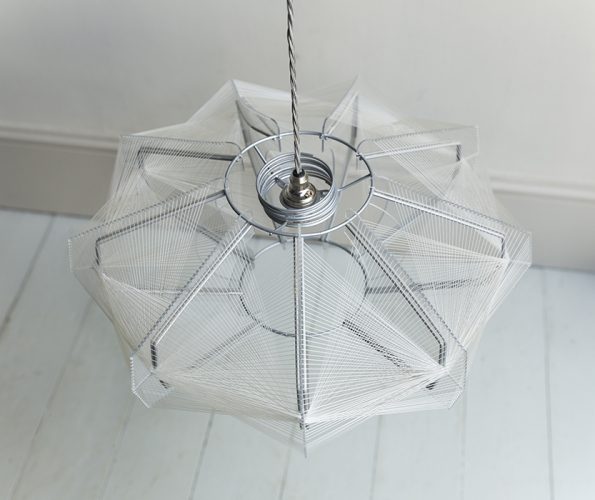 Acrylic pendant shade with metal frame threaded with light-catching nylon filament, inspired by the sculpture of Russian Constructivist artist Naum Gabo, the forms he created once described by critic Herbert Read as hovering ‘between the visible and the invisible, the material and the immaterial’.

These hanging lights were produced commercially in England in the early 1970’s in celebration of Naum Gabo’s 40’s sculptural studies of kinetic energy and ‘stereometric’ forms using flat-pack like interlocking planes, wound with nylon thread.

His earlier post war ‘Linear Constructions No. 1,2,3‘ etc were remade in St Ives in the early 1970’s and sparked a series of commercial hanging lights such as this one we have for sale.