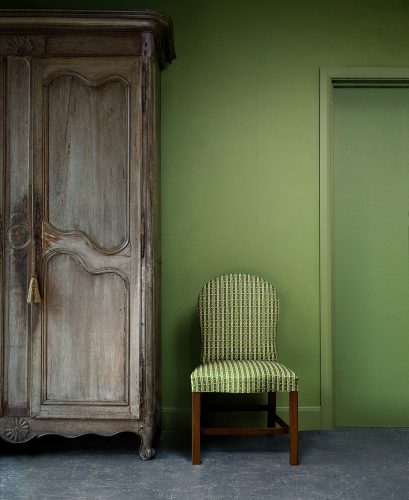 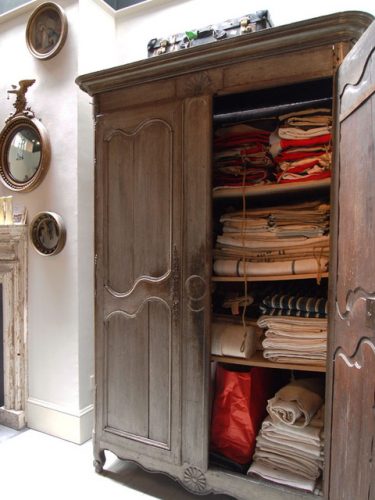 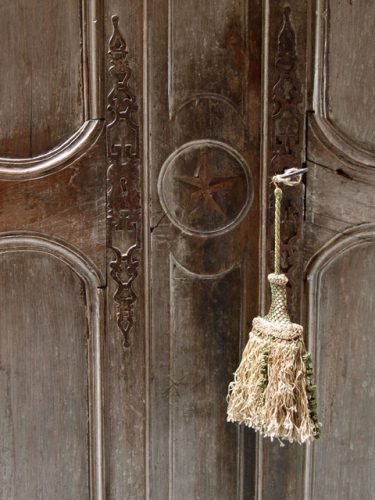 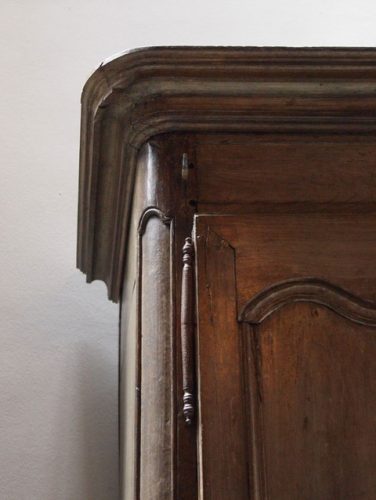 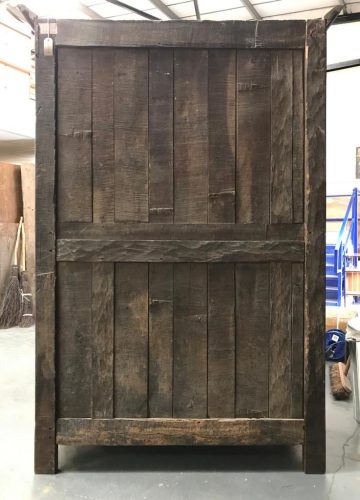 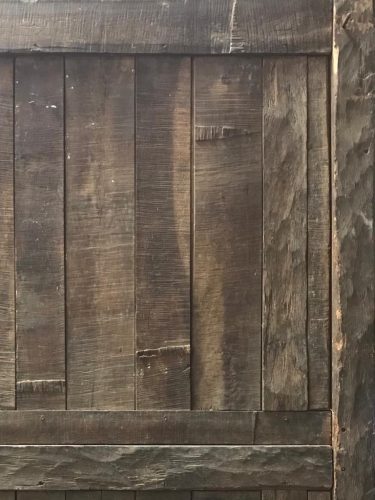 An exceptionally elegant and well preserved pre-Revolution oak armoire having the remains of grey paint overall, the detachable cornice above a frieze with carved central scallop shell, the pair of doors with shaped single broad plank panels retaining their original locks and escutcheons, centred with an inlaid star. The sides with conforming panels all supported on the original scrolled feet, having miraculously escaped damp rot or worm damage. The interior is arranged with two shelves and has been fitted with a later oak hanging rail. French, circa 1780.

French armoires, unlike their English counterparts, were deconstructable, the pegged tenon joints and drop-pin hinges allowing it to be virtually flat packed and transported relatively easily, even 250 years later!