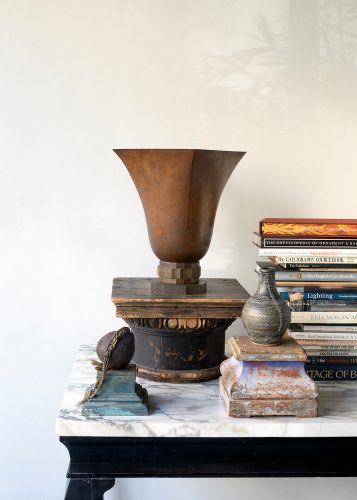 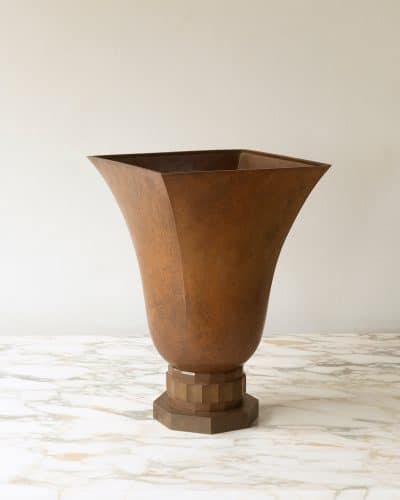 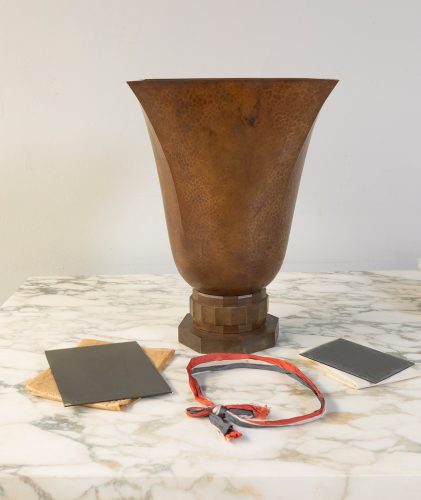 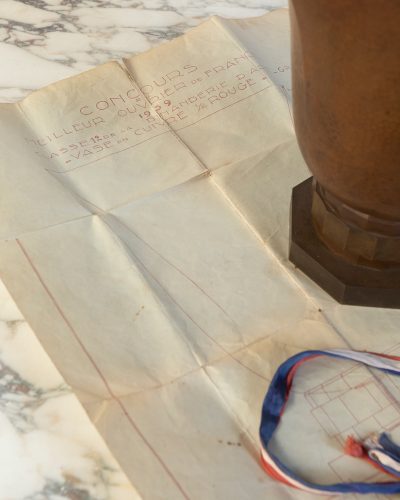 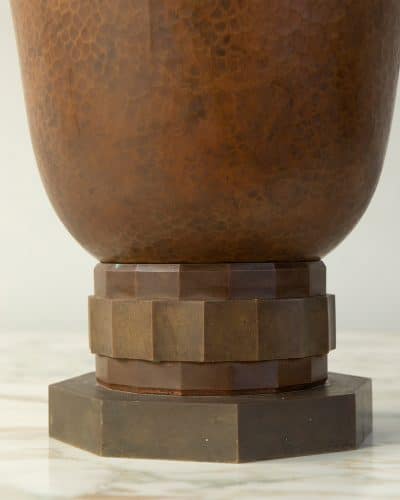 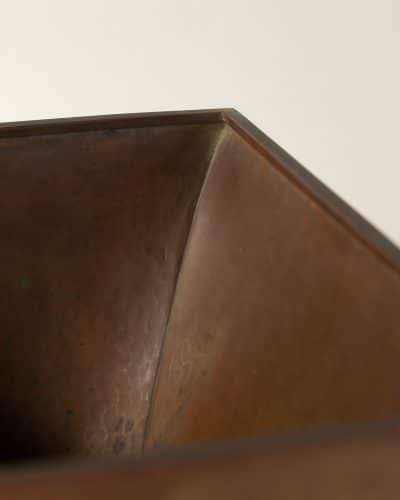 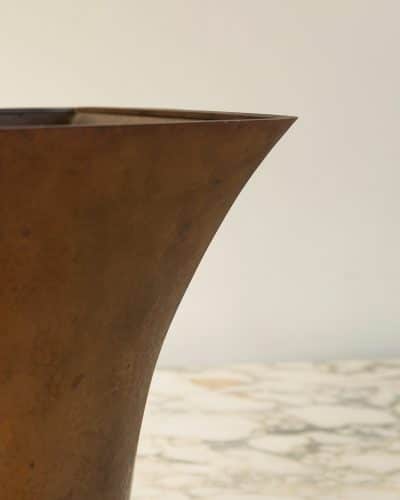 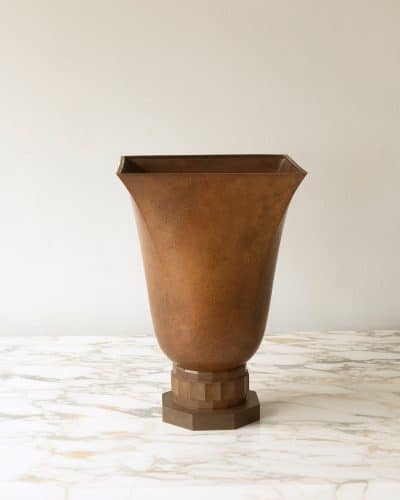 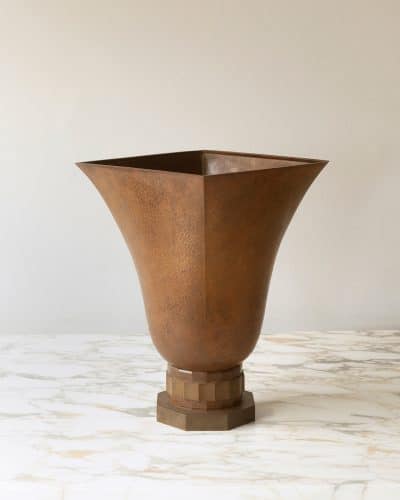 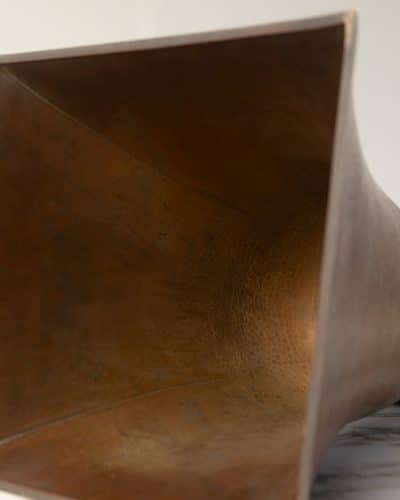 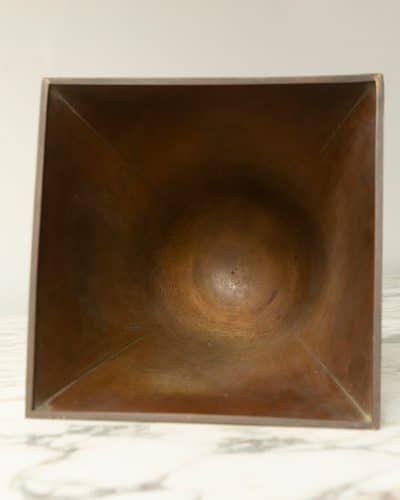 An impeccably stylish and rare Art Deco Copper Vase awarded a prestigious Meilleur Ouvrier de France award in 1939. The body of the vase with a beautifully textured hammered surface, supported on a series of stacked faceted circular bases. In spotless condition, complete with the original designs on paper and tricolor award and an old brown card box.

Founded in 1924, the Meilleur Ouvrier de France (Best Craftsman of France) is a prestigious award to celebrate different categories of professional tradesmen and women which still runs today. Each candidate is given a certain amount of time and materials to not only create masterpiece, but to do so with the goal of approaching perfection. The whole creative process is taken into consideration when judging the competition, so the method, the organization, the act, the speed, the knowhow and the respect for the rules of the trade are just as important as the final finished creation.

The awards ceremony occurs at the Sorbonne in Paris, followed by a ceremony at the Élysée in the presence of the French President, the winning candidates retain their title for life. The title is equally recognized by professionals and the greater public in France, particularly among artisan-merchants such as pastrymakers, hairdressers, butchers, jewelers, and others whose trades are recognized, particularly those for more luxurious goods.