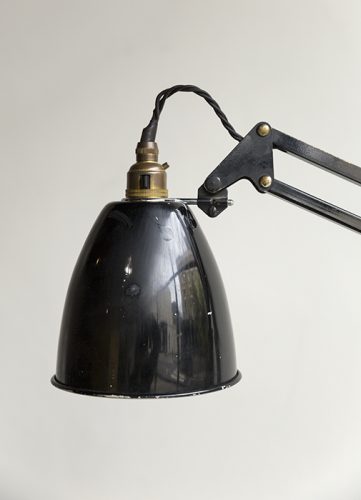 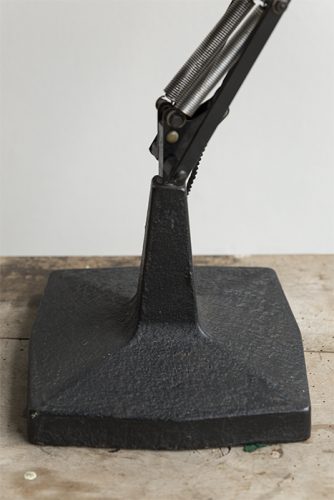 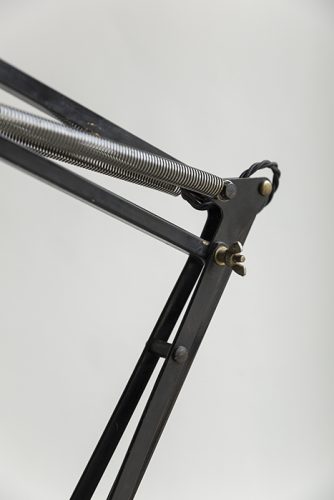 An exceptional early model 1209 Anglepoise lamp manufactured by Herbert Terry & Sons, Redditch, England. This 1940s example with a tall base, a detail which was reduced within a short production period.

Re-wired with black silk flex and a brass bulb holder.

Initially developed by George Carwardine as the ‘Equipoise’, earlier iterations of this light were sold under his own company ‘Cardine Accessories Ltd, Bath’ between 1928-30. Carwadine then went into collaboration with Herbert Terry & Sons, Redditch, which in turn lead to the development of the iconic Anglepoise lamp.