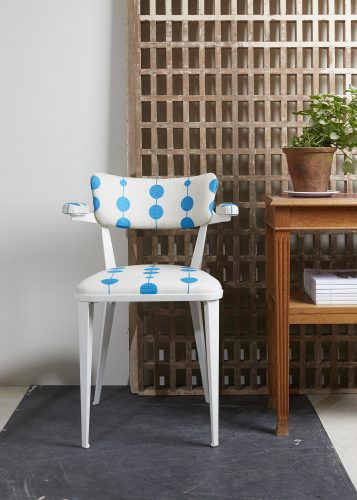 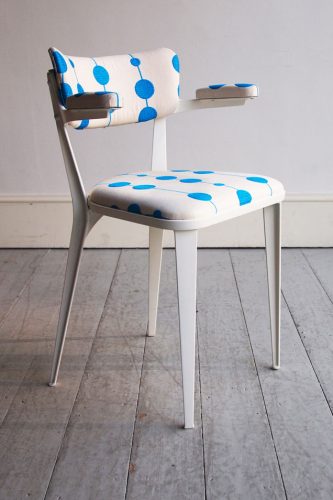 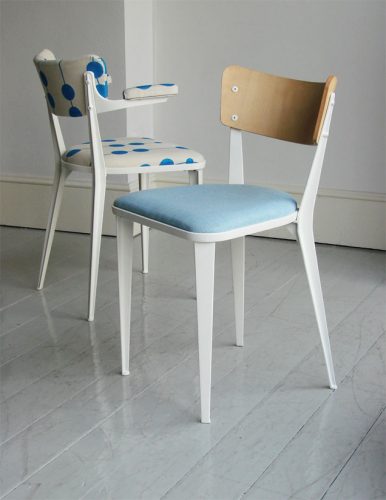 Ernest Race (1913-1964) is one of the most original and outstanding British furniture designers of the 20th Century, when arriving at this design (around 1945) he was not primarily concerned with the Avante-gardist ideals of the 1930s or the machine aesthetic, but rather with a lack of wood. World War II had ensured that traditional furniture-making materials were in short supply and cast aluminium was turned to as a substitute for wood, made plentiful by the decommissioning of weapons and aircraft. The BA3 was an immediate success and became the showpiece of the 1946 ‘Britain Can Make It’ exhibition. By 1947 wood had become more plentiful and the BA2 was introduced with its veneered backrest offered in mahogany, birch or walnut.

As one of the world’s first mass-produced cast aluminium chairs the design became noted for its strength and lightness. In 1954 the BA3 was awarded a Gold Medal at the 10th Triennale in Milan.

The BA chairs are also available to order with and without arms, with an upholstered or veneered backrest, in your choice of fabric or leather and can also be finished with a coloured or clear lacquer. 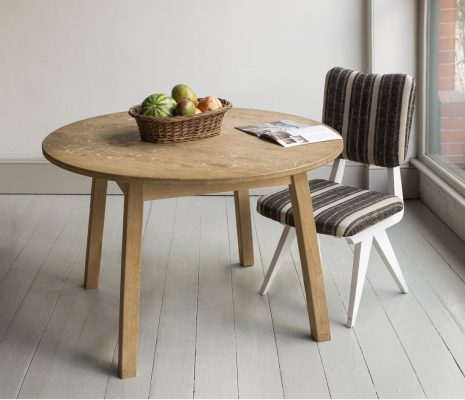 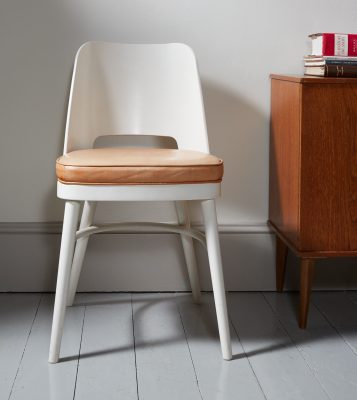