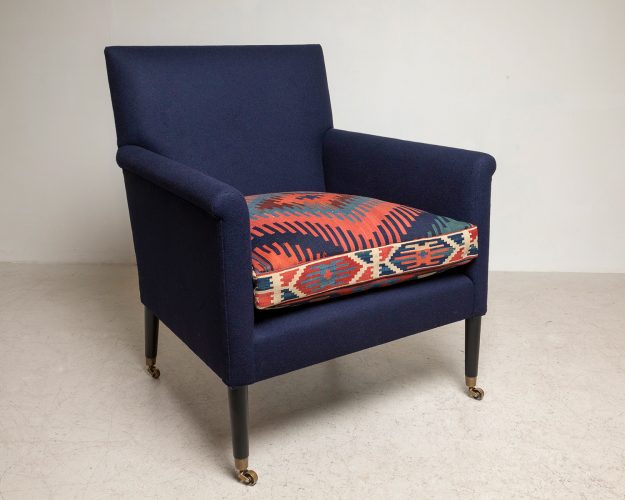 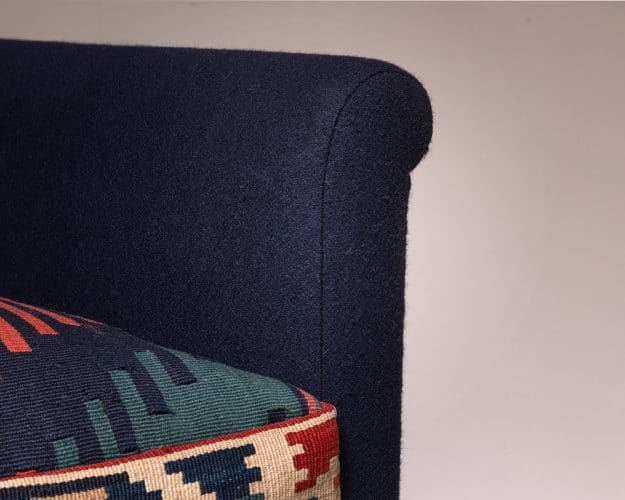 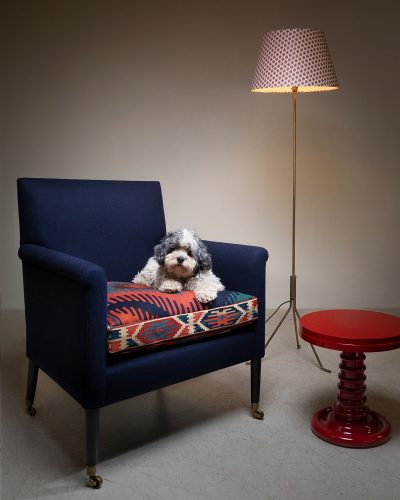 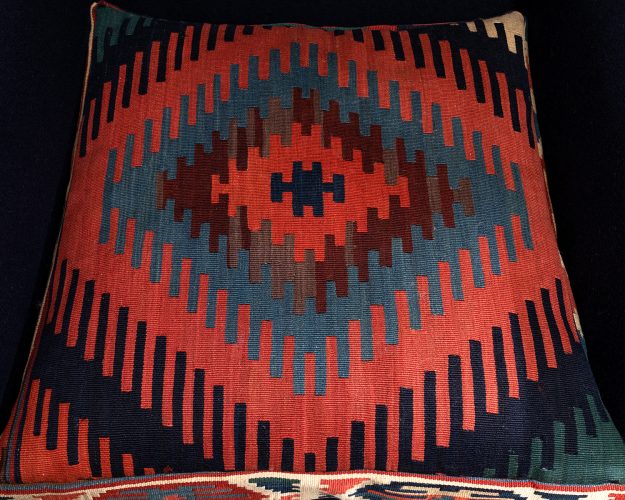 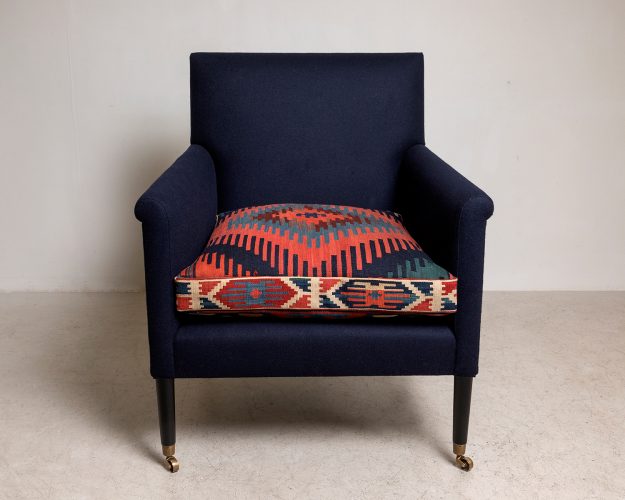 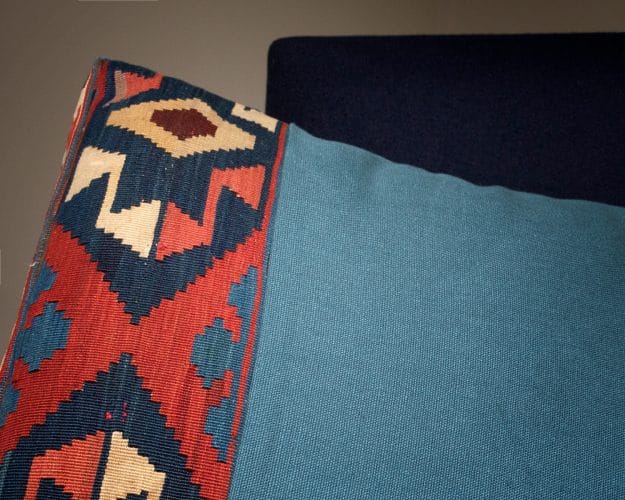 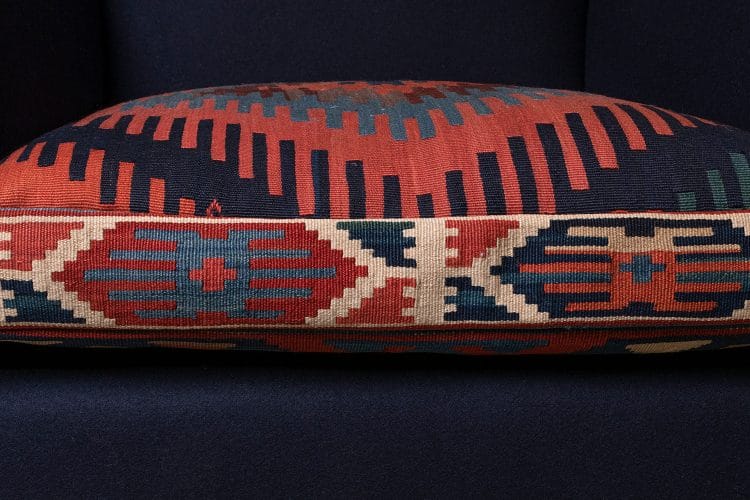 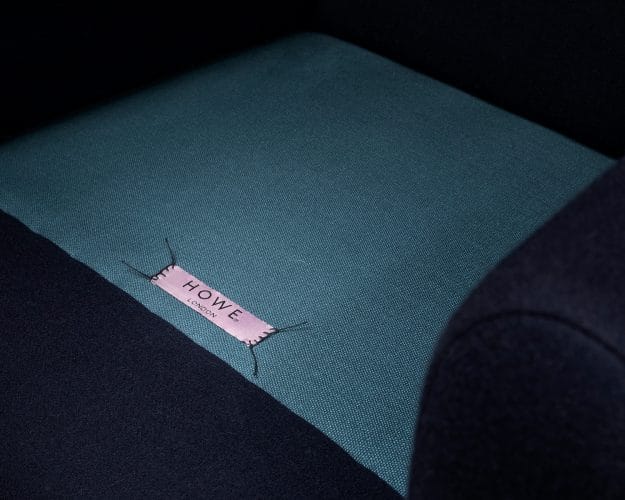 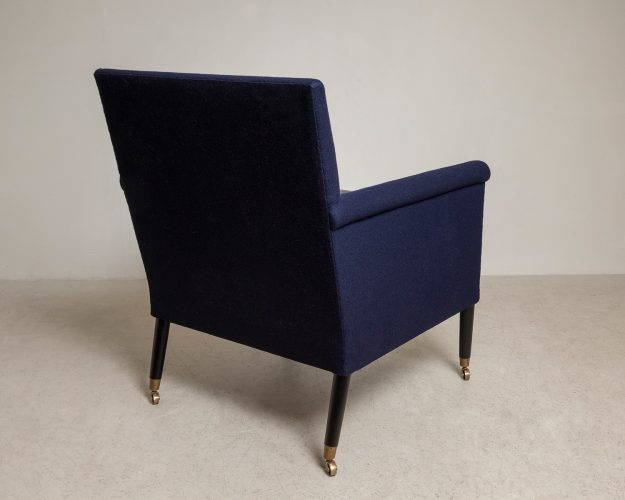 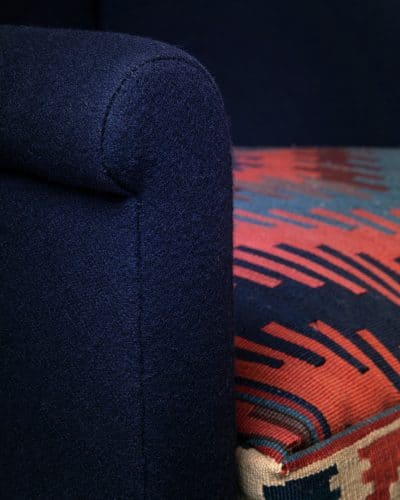 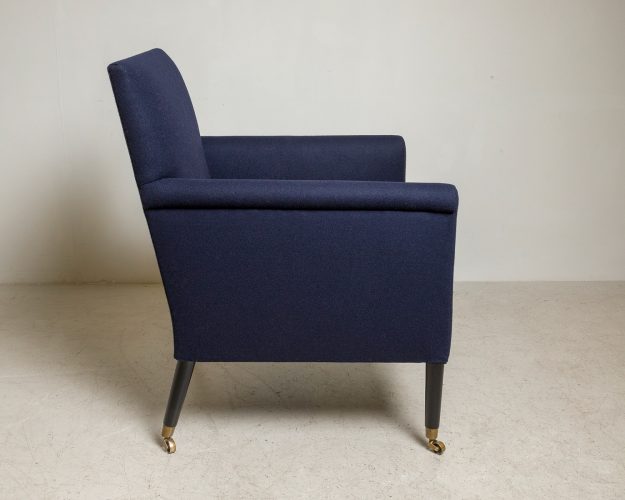 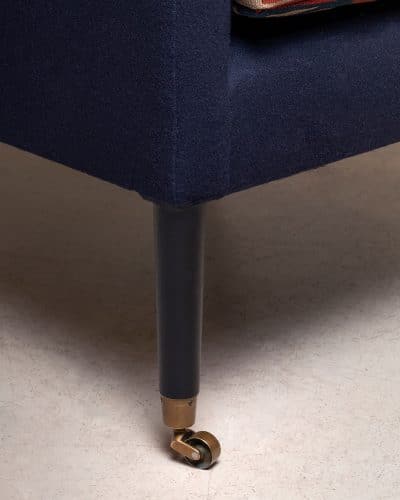 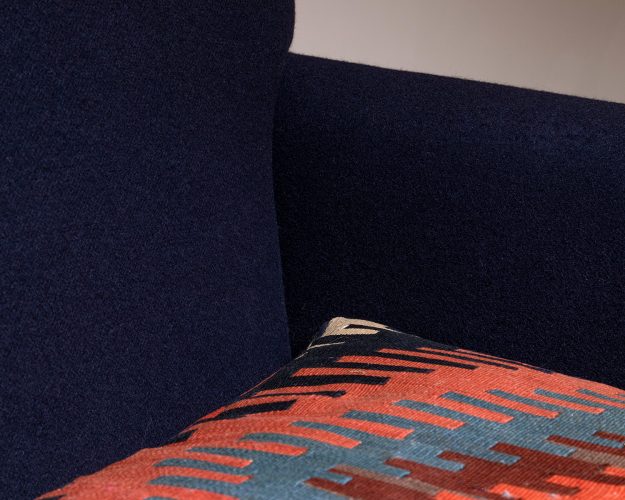 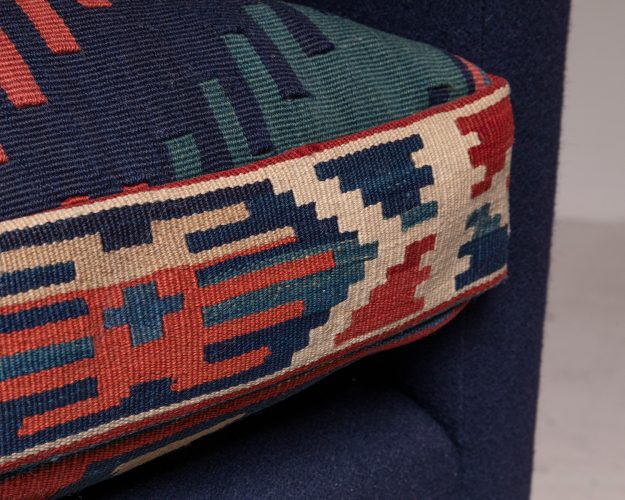 A Sotheby’s Sale at West Wycombe Abbey turned up the generously scaled/proportioned chair that inspired ours, in typically tatty but original condition, which I promptly sold to Lucian Freud at a time when I furnished him with many of his less animate subjects. Simple though it is in form, and fully upholstered, which was unusual for this early period when decorative show wood and fancy finishes were popular.

It was the understatedness of this chair that attracted me, and the perfect proportions. With a small tweak to remove the original faux bamboo detail to produce an elegant plain tapering turned leg, the chair assumes a 1950s or even timeless style, ready to receive whatever covering you throw at it. The legs are turned in beech as standard with an ebonised finish and we keep the superior modern upholstery to a slender minimum, incorporating the most sophisticated tailored luxurious seat cushion, of down and feather, to replace what would have been a firm stuffed horsehair (mattress style) squab. In a break with our usual dogged tradition we have named this chair The Freud, though Lucian Freud did have a beloved Whippet called Pluto who often came in with him.