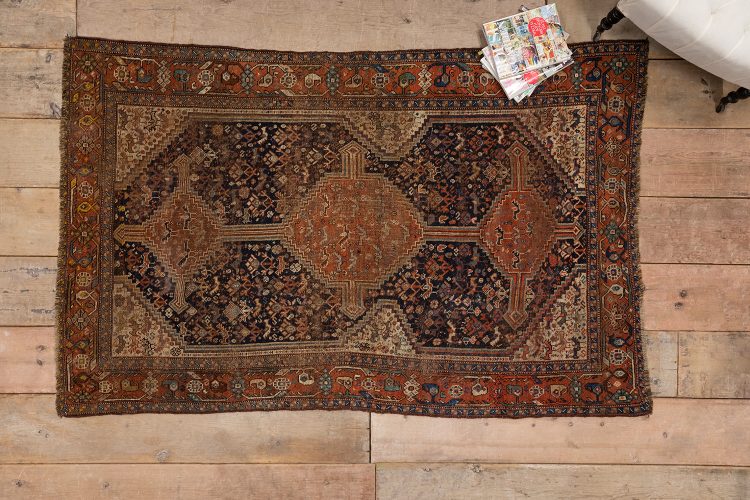 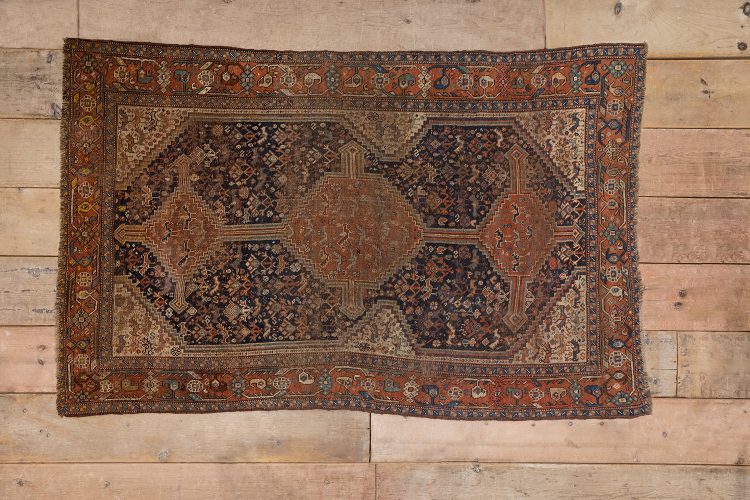 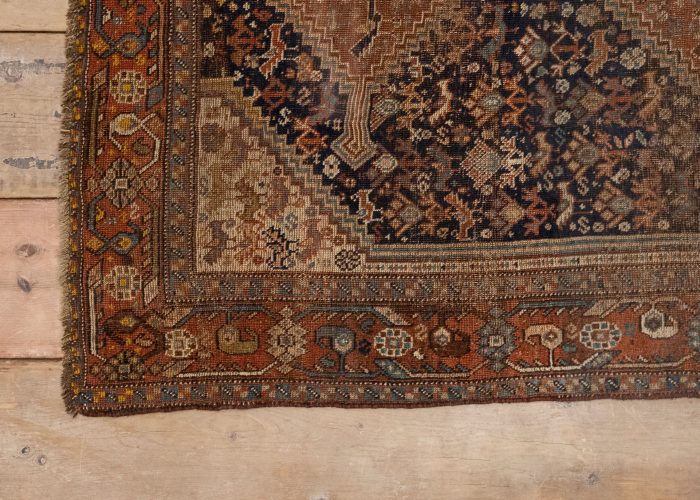 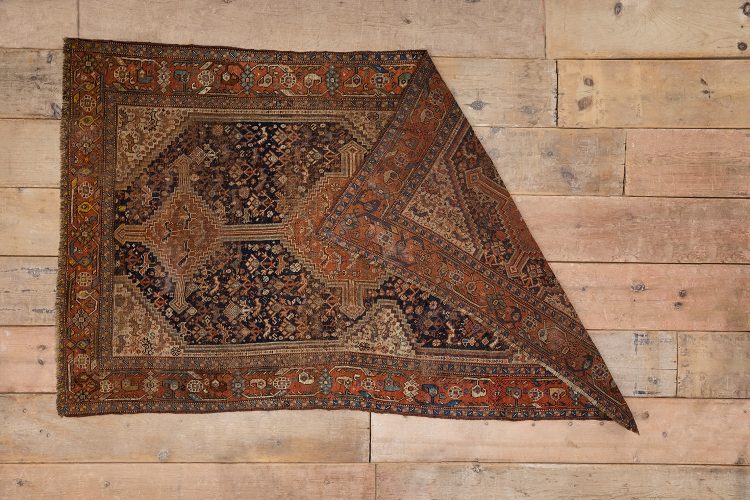 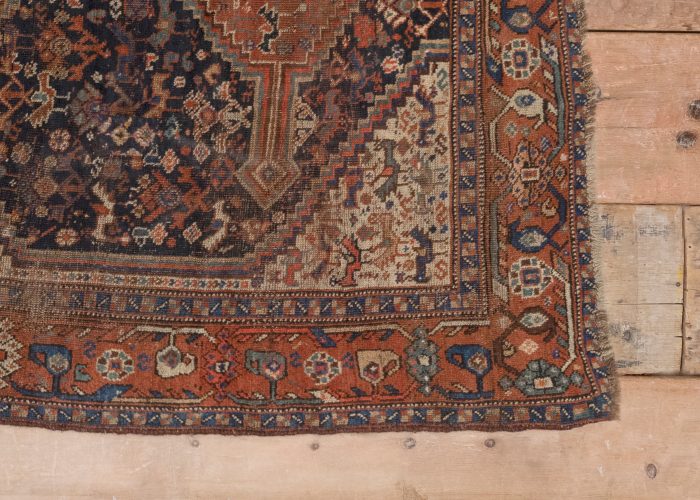 A late 19th Century Qashqai rug, the central panel having three linked stepped medallions each depicting stylised birds on a terracotta ground, surrounded by a dark field with an array of stylised palmettes, birds and flowers, framed by a distinctive border on a cream ground intersected by stepped sections decorated with coloured birds, the whole surrounded by a series of borders, the boldest having a meandering design of geometric motifs on a terracotta ground. Displaying an overall palette of red, blue, yellow and brown. South West Iran, circa 1900 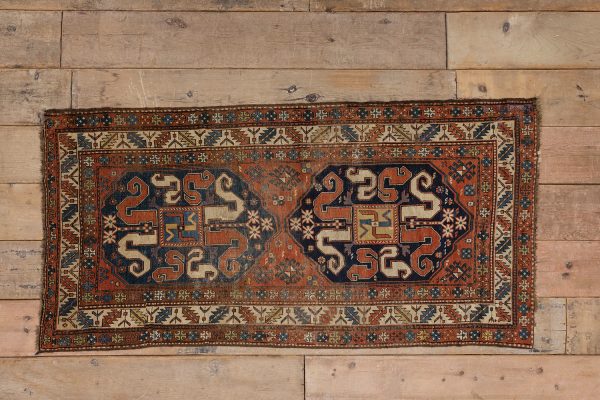 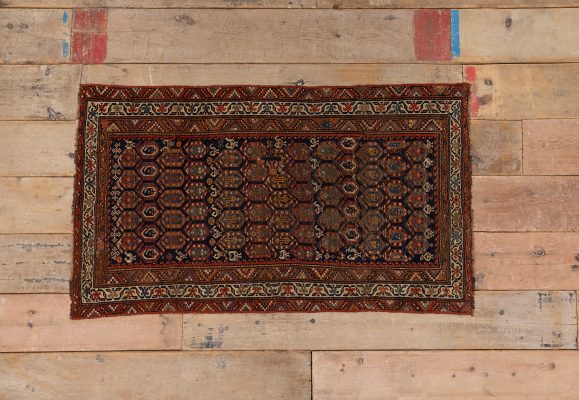 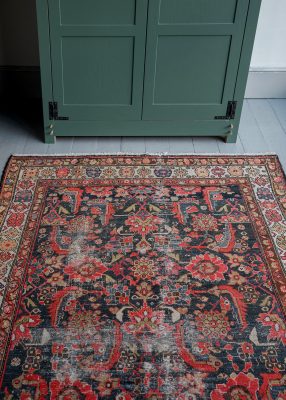 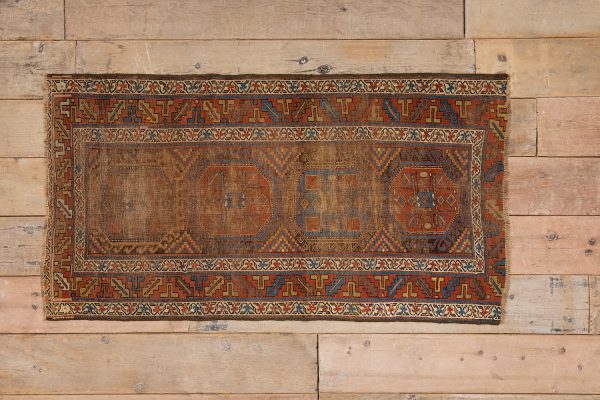