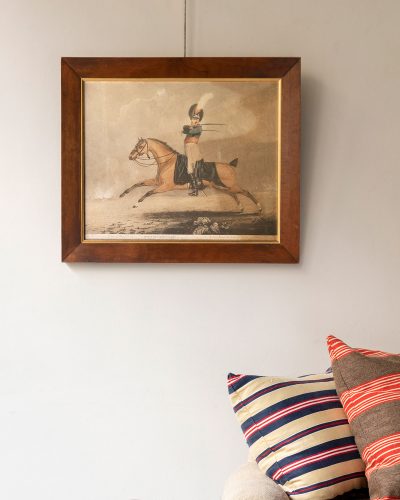 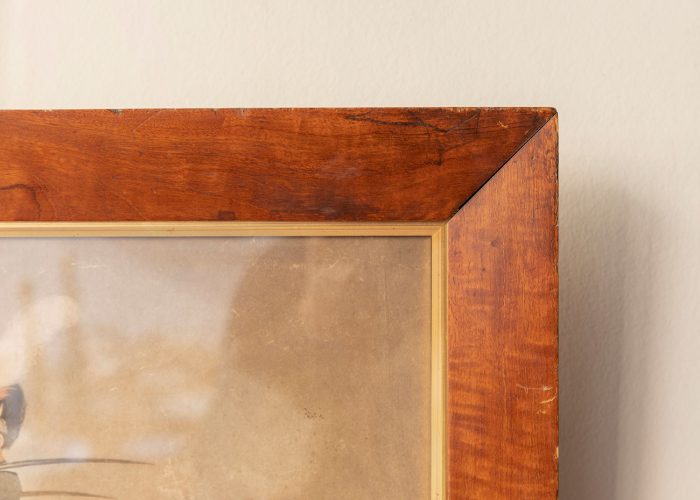 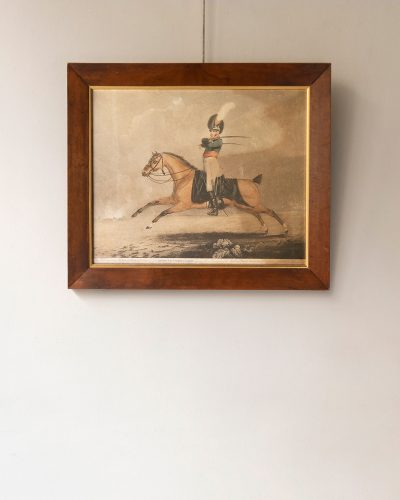 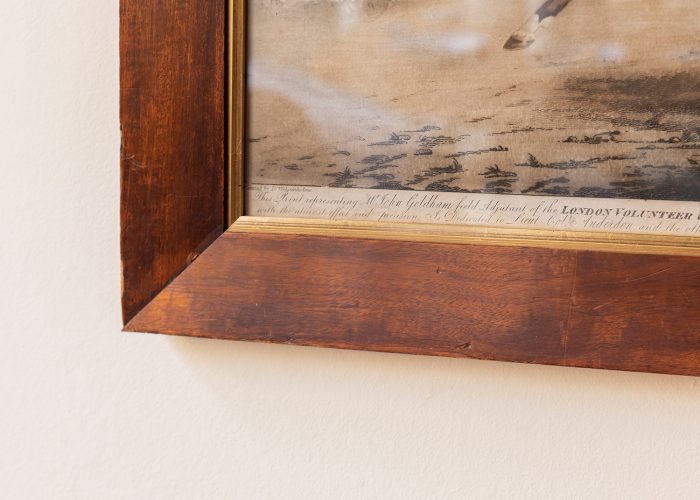 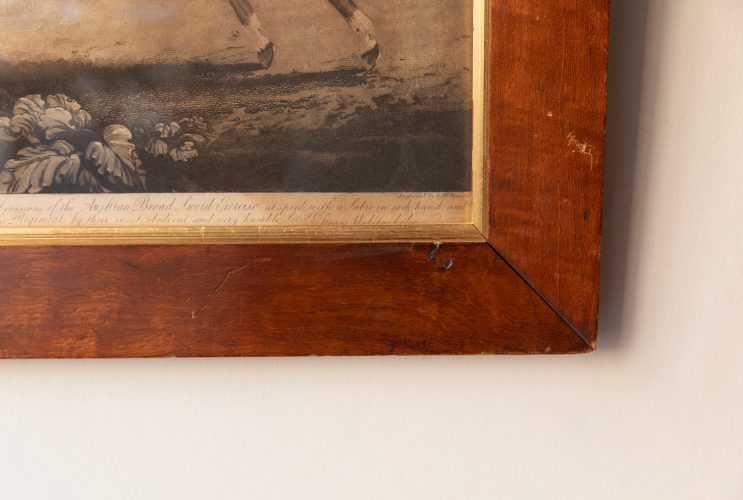 A coloured mezzotint by Samuel William Reynolds after Dean Wolstenholme (1757-1837) depicting a cavalry officer on horseback galloping to left, in plumed helmet & uniform, rising in stirrups, arms crossed before him, sabre in each hand, inscribed below “This print representing Mr John Goldham field Adjutant of the London Volunteer Cavalry, executing the six divisions of of the Austrian Broad Sword Exercise at speed with a Sabre in each hand, and with the utmost effect and precision. Is dedicated to Lieut’ Col Anderson and the other Officers & members of the regiment by their most obedient and very humble Serv’ Dean Wolstenholme” 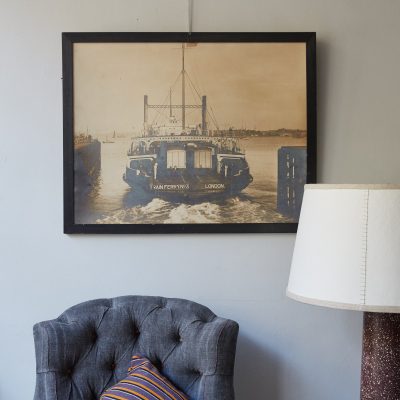