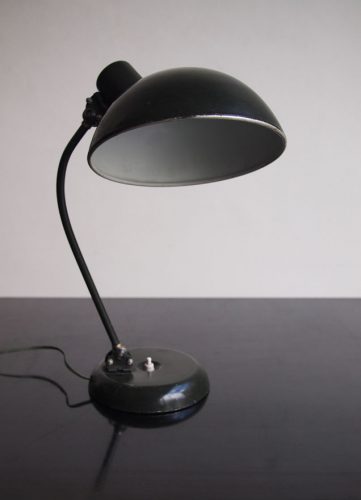 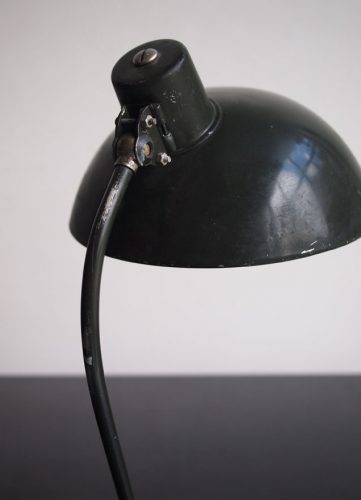 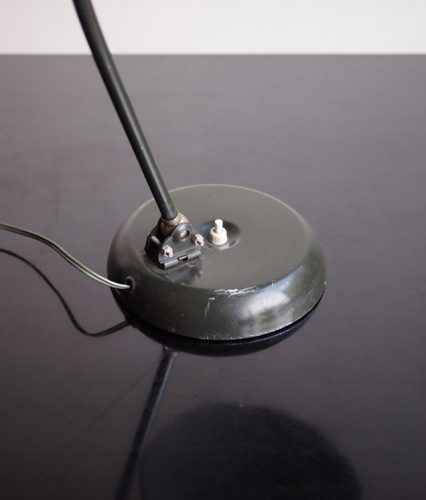 Designed by the German Silversmith Christian Dell. From 1922 to 1925 Dell worked as a foreman in the metal workshop at the Bauhaus in Weimar where he developed his pioneering ideas and aesthetics. In 1926 he began sketching lamps, usually for the lamp factory Gebr. Kaiser & Co and the first catalogue was launched in 1936 in which the table lamp model 6631 Luxus appeared for the first time. The Kaiser Idell series has since become a definitive symbol of Germanic design, with exquisite choice of materials and precise engineering. The term ‘idell’ refers to the word idea and his lastname Dell while ‘Kaiser’ is a reference to the original manufacturer.