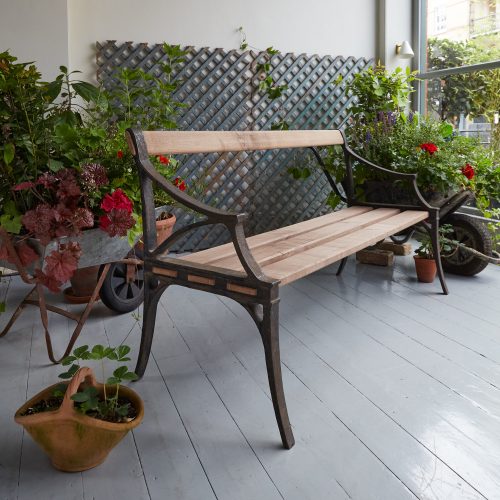 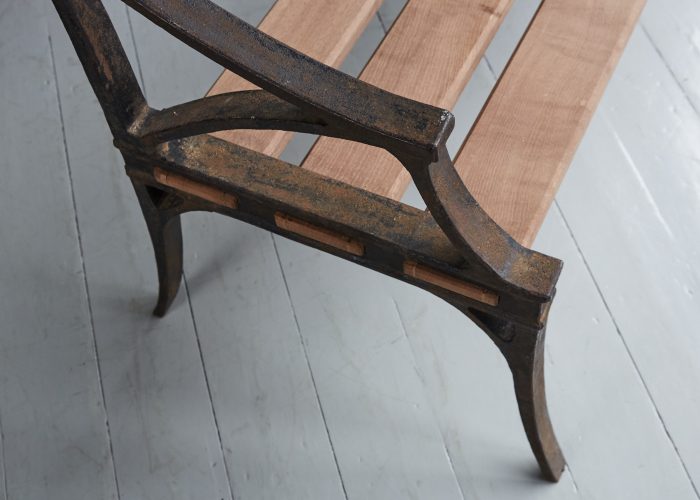 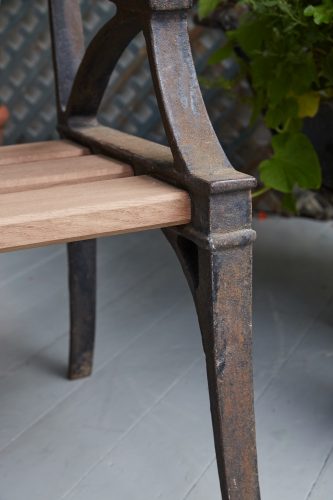 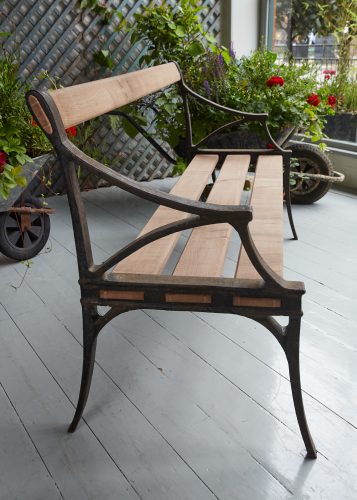 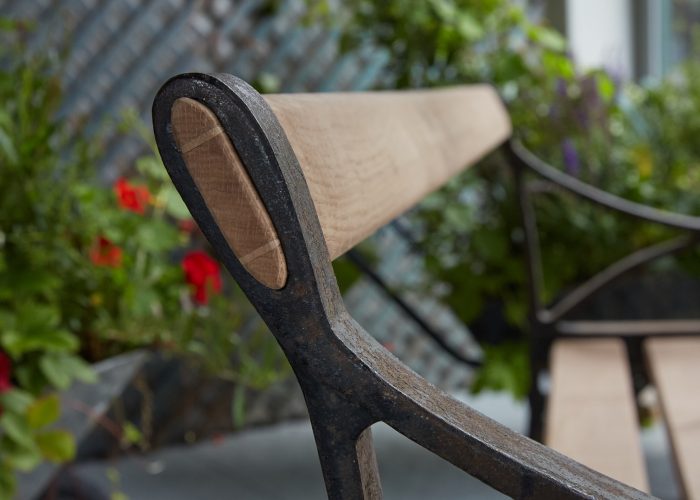 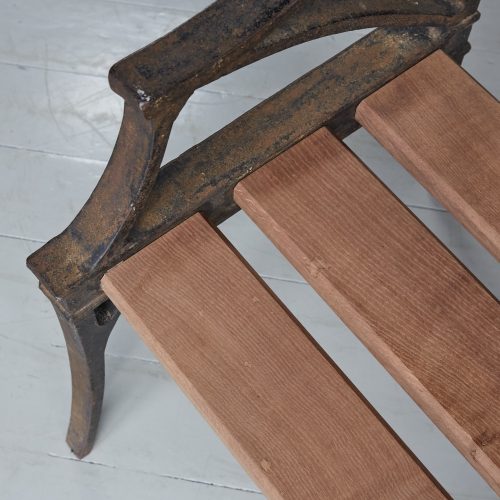 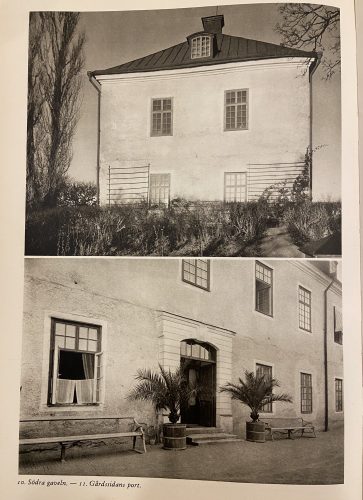 A Swedish Empire style garden bench, the back having a long single plank above a slatted seat supported by two original early 19th Century cast iron ends, made by Hälleforsnäs Bruk, each with two plain tapered legs. In perfect condition, Sweden, circa 1810

The foundry at Hälleforsnäs began as a cannon workshop, cannons were made and exported from here to the Swedish army in Europe. A similar example designed by Folke Bensow for Näveqvarns Bruk was exhibited at the International Exhibition of Modern Decorative and Industrial Arts, in Paris 1925