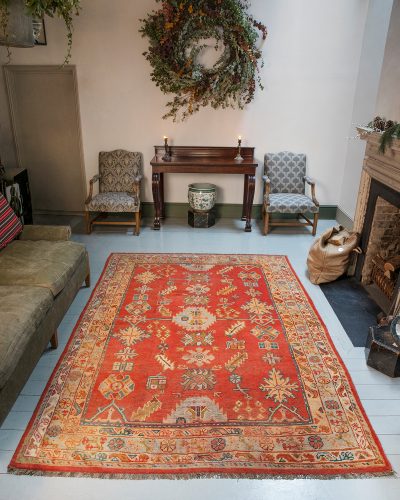 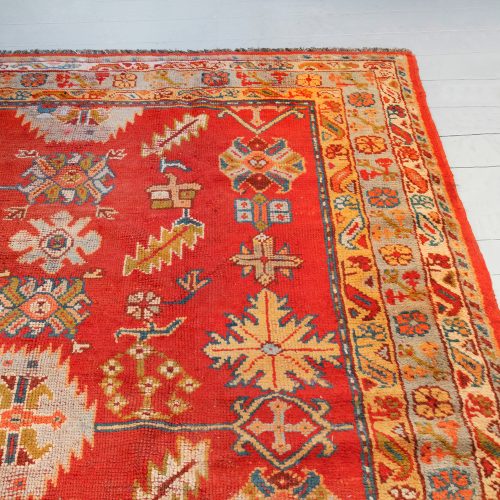 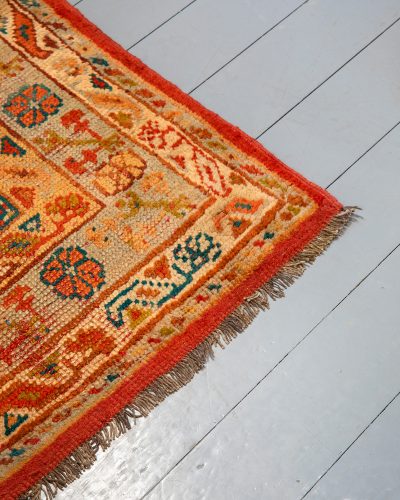 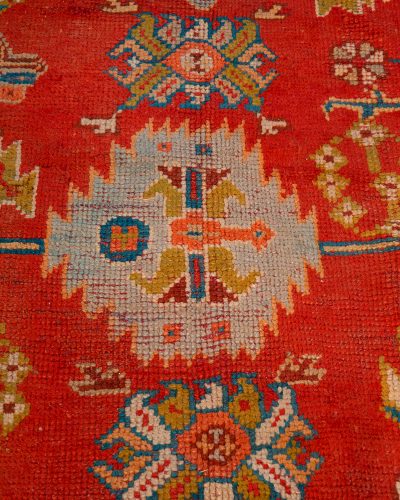 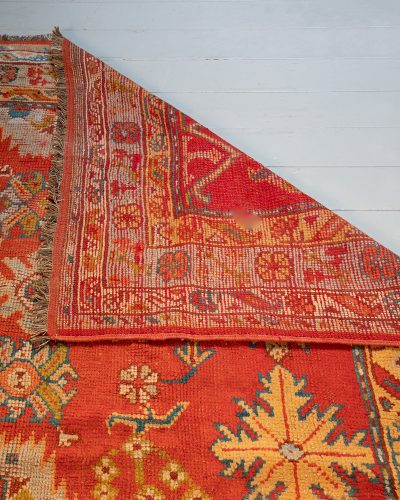 A fabulous early 20th Century Oushak hand knotted rug, the orange field with a loosely linked linear design in a soft polychrome palette centred by a small stepped medallion on a cream ground flanked by stylised rosettes, set between two conforming lines of palmettes and geometric motifs and two outer lines of bolder geometric motifs of rosettes, crosses and medallions, framed by multiple borders of repeating stylised birds and flowers, the bolder having a soft eau de nil ground. In wonderful condition. 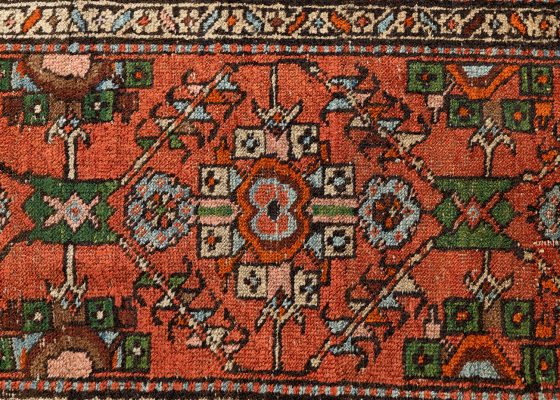