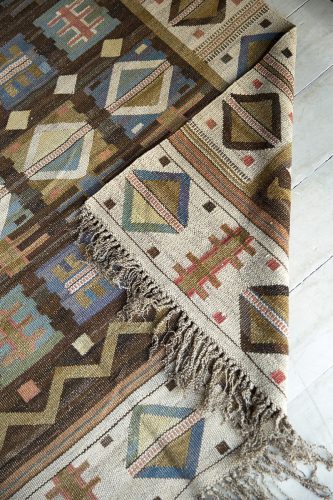 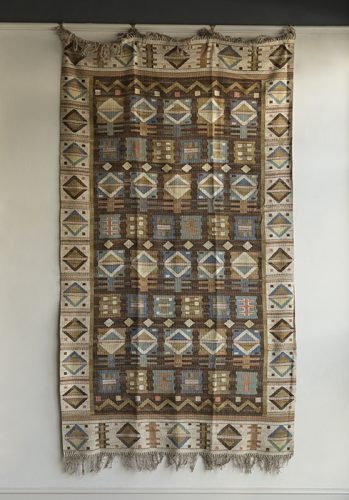 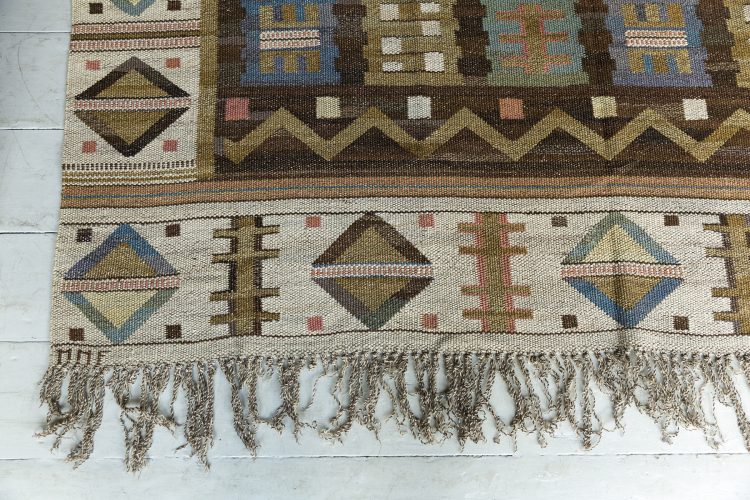 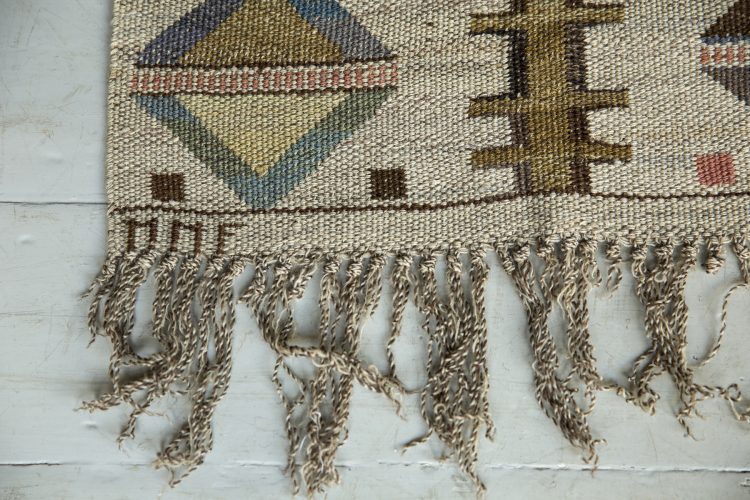 This tapestry named ‘Renaissance’ is one of the earliest examples of a Marta Maas-Fjetterström design, though she debuted her work as early as the turn of the C20th, her most profound contributions to design were felt in the 1920s and 30s.

This wall-hanging was designed between 1914-1919 and woven before 1941, it is an exceptionally rare example of an MMF design that was not intended to be used as a carpet and was conceived soley to function as an artwork and therefore representative of her earliest, purest inspiration. It is likely that, due to the early date of this piece and its creation prior to Marta Maas-Fjetterström founding her workshop in Southern Sweden in 1919, this piece demonstrates her initial experimentation with design as well as materials. The MMF workshop would later become a crucial centre for the development of Swedish textile art and centered its efforts on the production of carpets.

Marta Maas-Fjetterström pioneered a modern form of rug art that was inspired by Swedish peasant textiles and persian carpets, but also by nature and the light Nordic summer. It is clear not only from the design, but also the colour palette, of which there would likely have been several variations, that this tapestry has taken influence from both of the latter sources.
In 1924 the textile expert and art historian Ernst Fischer was driven to remark upon the works MMF had exhibited at the Malmo Museum, he wrote in Meddelanden fran Sydsvenska Foreningen for Konsthantverk (Notes from the Craft Association of Southern Sweden):

“In her art, MMF builds on old textile traditions, which have been created and still exist mainly in the south of our country. However, she only BUILDS on these traditions and develops them in a modern spirit. She does not copy works made or complied by others. She does not even avail herself of the given colour range. The artist picks up some motifs, simplifies them, transforms them and breathes new life into them with a new colouration, which is purely personal, powerful and full-bodied, mature and fresh. Miss Fjetterstrom’s works are from the beginning carefully planned in a textile mode.” 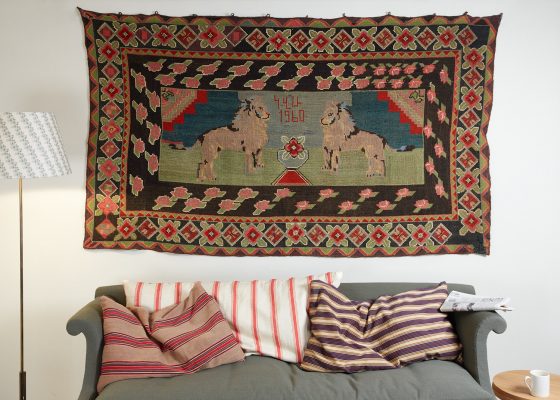