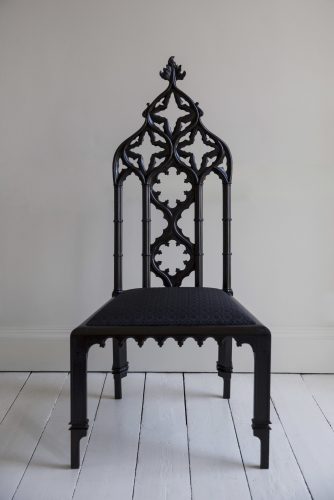 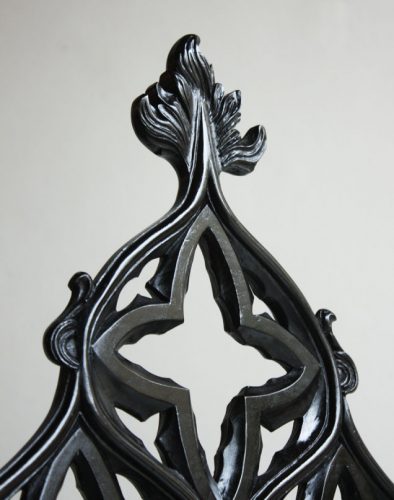 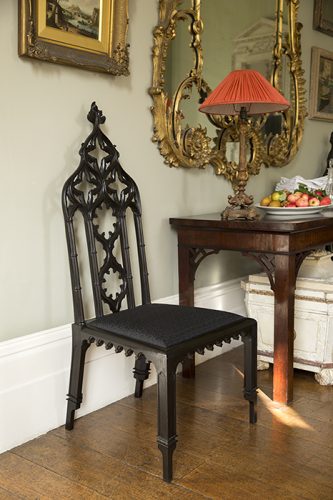 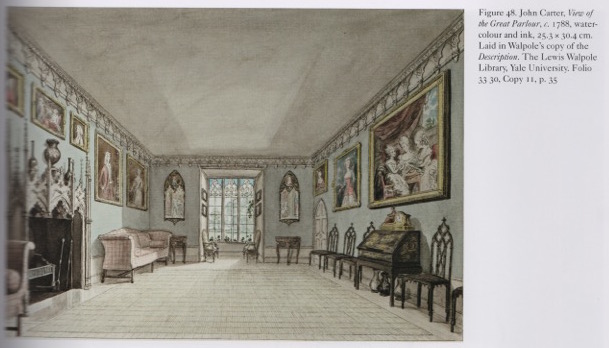 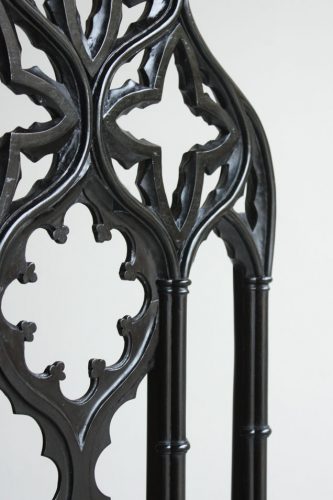 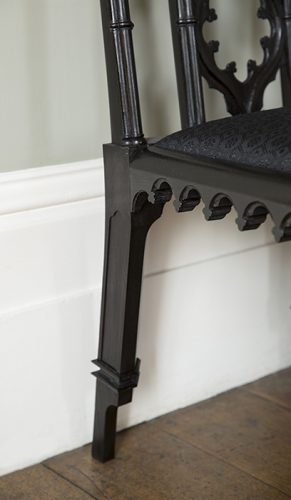 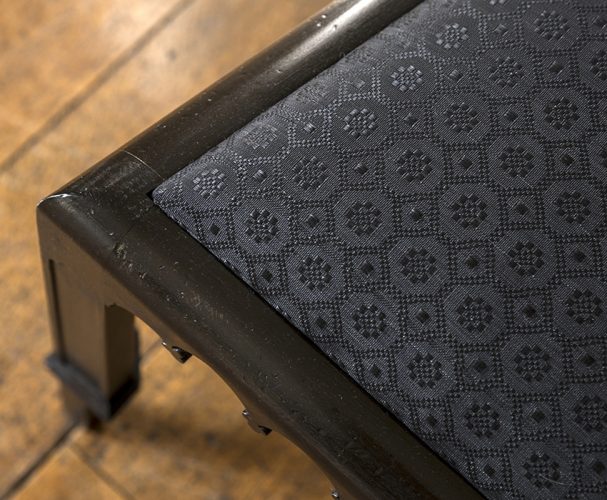 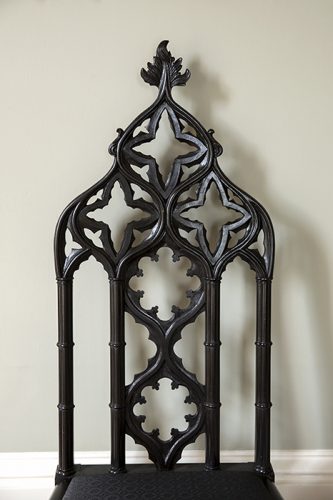 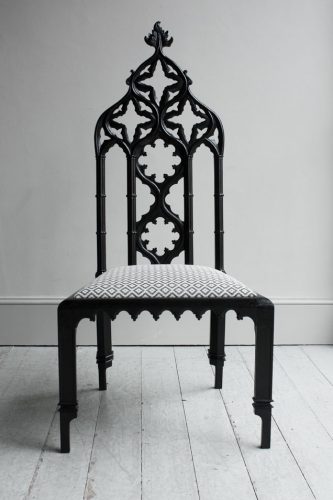 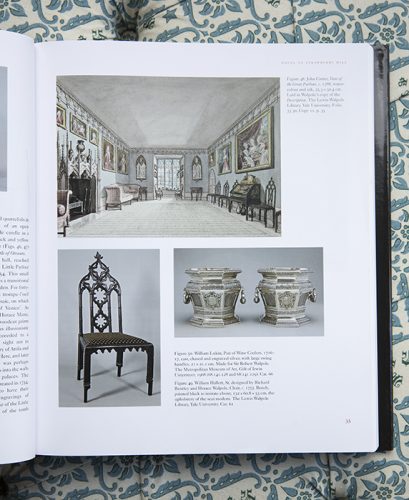 A commission for the restoration of Strawberry Hill House in Twickenham to replicate those made in 1755 for the Great Parlour, which were sold and dispersed in the sale of the house contents in 1842, referring to one of the original eight which we were granted exclusive access to at the Victoria and Albert museum.

The original chairs were designed for Horace Walpole by his friend and advisor, Richard Bentley. Walpole suggested that the backs should be based on the outline and tracery of a Gothic window. The chairs were to be very lightweight, painted black and with a rush seat, writing to Bentley on 27 July 1754: ‘My idea is, a black back, higher, but not much higher that common chairs, and extremely light, with matted bottoms…I have been trying to make out something like windows…I would have only a sort of black sticks pierced through…’; the set was then made to Bentley’s designs by the fashionable London cabinet maker William Hallett.

The Gothic Revival style was fashionable in the mid C18th for decoration of interiors and Horace Walpole remodelled his entire house in the Gothic style, rather than the more typical one or two rooms. He chose to take the inspiration for his house and furnishings from the Gothic features found in medieval churches and published engravings of medieval architecture rather than contemporary pattern books.

Further to the four that we made, now in the Great Parlour at Strawberry Hill, our same chair maker will produce a limited edition of 30. The chairs are very labour intensive and therefore the leadtime will be dependant on workload.

Craftsmanship and quality are absolutely central to everything we do at Howe London and we are passionate about promoting and preserving traditional skills, click here to read more. 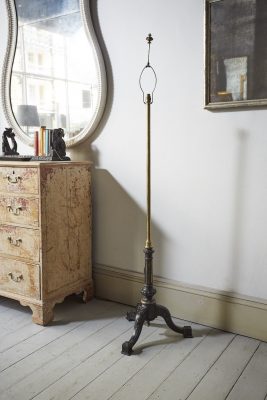 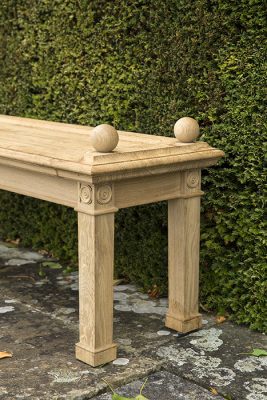 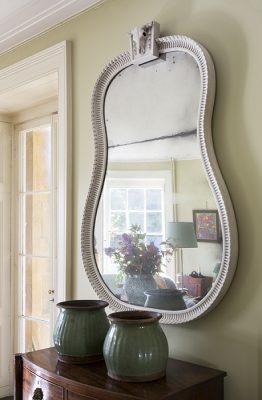